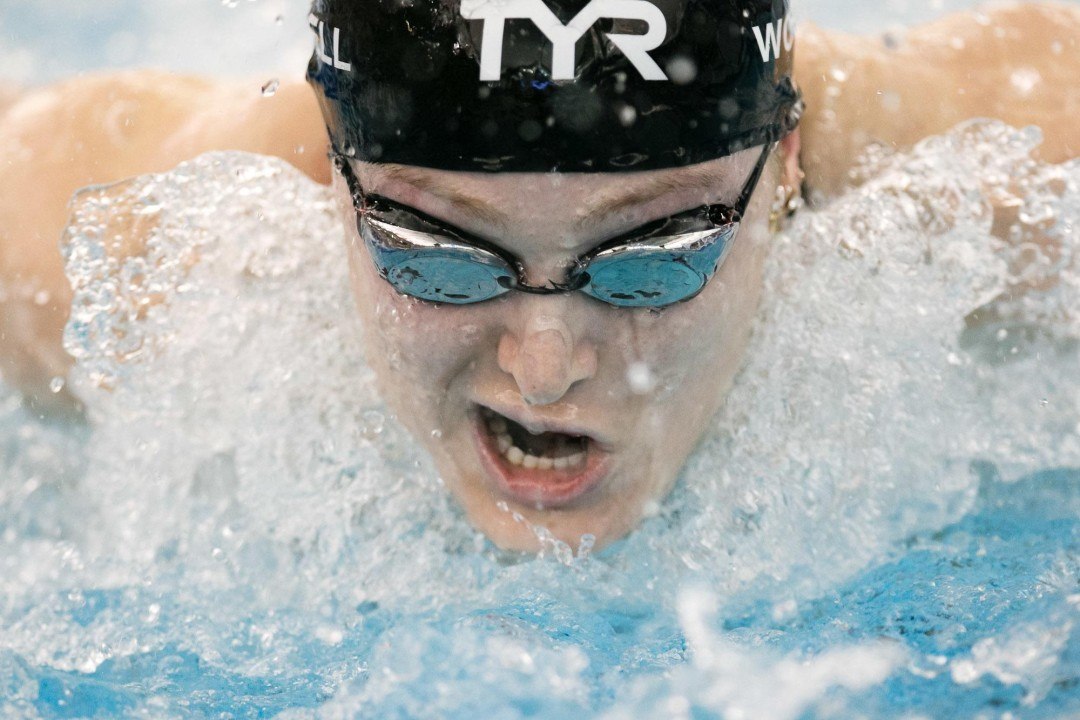 Kelsi Worrell has support in the stands in Greensboro with family and Louisville love. Current photo via Tim Binning/TheSwimPictures.com

On Friday in prelims at the 2015 Women’s NCAA Swimming & Diving Championships, Louisville junior Kelsi Worrell broke the NCAA Record in the women’s 100 yard butterfly, swimming a 49.89 to take the top overall seed in prelims.

That broke the 50.01 done by superstar Natalie Coughlin in 2002, which was one of the legendary records in all of swimming. Worrell became the first woman ever under 50 seconds.

This record was one of the oldest left on the NCAA Record books. In 2002, Natalie Coughlin set the record in the 100 back on the same day as this 100 fly, and those two were the oldest marks on the books coming into this meet.

Worrell didn’t really begin to pull away from the field until her third 25, but that’s where her underwaters (that have gone next-level this season) really showed up.

Coughlin’s record was the NCAA, American, and U.S. Open Record as the fastest swim in history at any level.

Thanks for the video Mel and congrats to Team Worrell for helping it all happen! Is there a video of Worrell’s historic swim??

Here’s a link to the swim…
http://youtu.be/Cn3OLGOYbT4?list=UU39qyxJIaWaWYz_cqH3Tsmg

I love watching when swimmers are so excited for their teammate. Obviously a very close team.