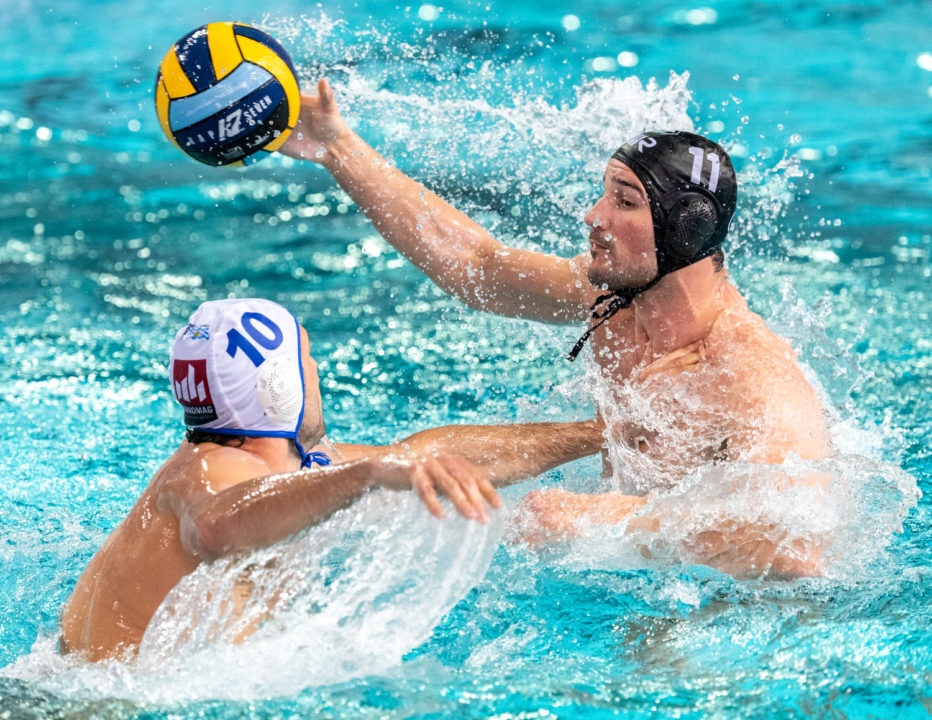 OSC, Jadran and Terrassa all advanced by winning both legs of water polo Champions League qualifying, while Brescia bowed out to Kazan. Current photo via Giorgio Scala

Brescia will not go for another Final Eight berth this season as the Italians bowed out in Kazan in the second leg of the qualification playoffs. The other three duels ended in less surprising outcome, OSC, Jadran and Terrassa all advanced by winning both legs.

For Brescia, the writing had been already on the wall in the first leg as they could only gain a single goal advantage, thanks to a late double inside the last minute. But that wasn’t enough to go through – the Russians, despite missing a penalty, jumped to a 4-1 lead early in the second and never looked back. The Italians came closer once in the final period by netting two goals for 9-7 but couldn’t force a shootout in the remaining 3:44 minutes, instead, Sintez scored the decisive goal 38 seconds from time. It means that Brescia will miss the main round for the first time since the 2015-16 season and after three consecutive appearances in the Final Eight while Sintez can play the main round for the first time.

The other exciting duel of the day was played in Oradea where the Romanians tried to eliminate the three-goal gap which Terrassa had built in the final phase of the first leg by staging a 4-0 rush at the end. But the home side couldn’t really put pressure on their rivals apart from netting three goals in a row late in the third within 1:59 minutes to take the lead at 5-4. However, the Romanians couldn’t add any more in the fourth while the Spaniards got two to win the game and qualify for the prelims for the first time.

After winning by eight goals on Saturday, Jadran and OSC both faced easy away matches. The Croats earned another big win in Strasbourg, while Vouliagmeni gave some tougher times for OSC but the Hungarians prevailed at the end and can return to the big stage after one year. Still, the Greeks and the other three losing sides can continue its journey in the quarter-finals of the Euro Cup.

The first round of the Champions League is to be played on 8-9 October.