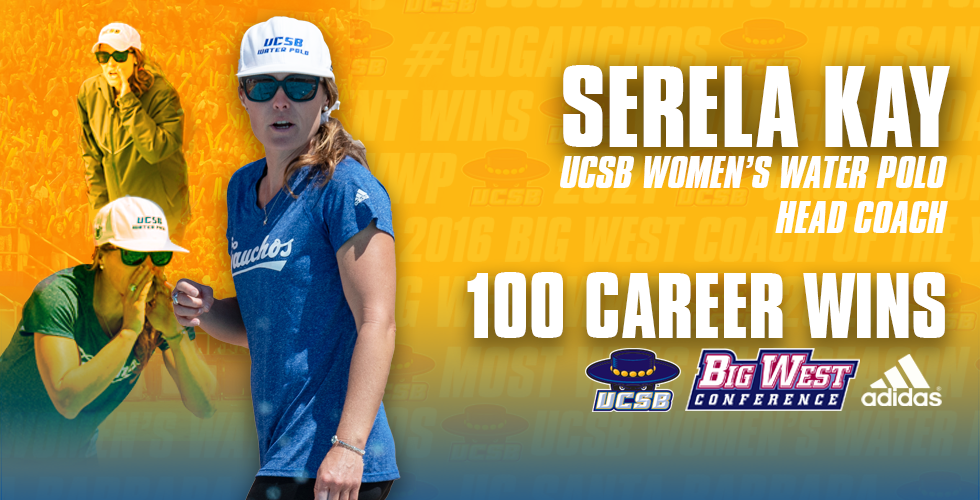 SAN DIEGO, Calif. – The UC Santa Barbara women’s water polo team achieved career wins number 99 and 100 on the Gauchos’ opening day of the 2021 season, in which they defeated No. 17 San Diego State 10-9 and 5-4 in a pair of close contests on Saturday afternoon.

The Gauchos (2-0) never trailed in the first contest against the Aztecs (0-8), but the hosts did make it interesting at several points. Freshman Savannah Burns scored the first goal of the season for the Gauchos 13 seconds into the game before senior Mollie Simmons and redshirt sophomore Sarah Owens made it 3-0 with scores of their own.

Karli Canale pulled one back for San Diego State on a penalty shot, but sophomore Courtney Heydorff added another goal for UCSB to make it a 4-1 lead with 3:29 left in the first period.

Canale put another in the back of the cage, to which junior Caitlyn Snyder had the reply for the Gauchos, but then Canale and Kendall Houck scored the final two goals of the period to cut the Gaucho lead to two with a 5-3 lead after the opening eight minutes.

Canale picked up her fourth goal on another penalty to get San Diego State within one within the first two minutes of the second period. Despite a goal by UCSB redshirt sophomore Drew Halvorson, the rally continued for the Aztecs afterward, as Haley Hagerty scored the final goal before halftime and Emily Bennett scored the first of the third period to tie things up at 6-6.

However, the Gauchos found some separation once again thanks to a Heydorff hat trick that took less than six minutes in full, restoring the Gauchos’ three-goal lead at 9-6 heading into the fourth.

The Aztecs kept their feet on the gas pedal though, pushing back with goals from Bennett and Samantha Loughlin to cut the deficit to one with 3:35 left. A minute later, Heydorff converted on her fifth goal of the game to give UCSB some breathing room, but it went away almost immediately with Canale netting her fifth goal with 1:07 left in regulation. Ultimately, the Gauchos were able to hold on and grab their first win of the season.

It was a slower-paced game for the Gauchos and Aztecs in the second matchup of the day, but it started in a similar fashion to the first.

Freshman Leigh Lyter scored the first goal of the game and Amanda Legaspi scored the next three as the Gauchos held San Diego State scoreless for 18 minutes and 41 seconds before the hosts found their first goal through Laurene Padilla.

Legaspi added a fourth for herself and a fifth for UCSB in the fourth period before the Aztecs began to try to engineer a comeback.

Canale scored a quickfire pair of goals just over a minute apart to cut the Gaucho lead to 5-3. Then, Padilla scored another with 3:41 remaining in regulation.

Once again though, despite San Diego State’s best efforts, UCSB held strong defensively and saw out the rest of the game.

The Gauchos play a single game next weekend at Cal. It will take place on Saturday, March 6 at 11 a.m. Live stats will be available on UCSBGauchos.com.