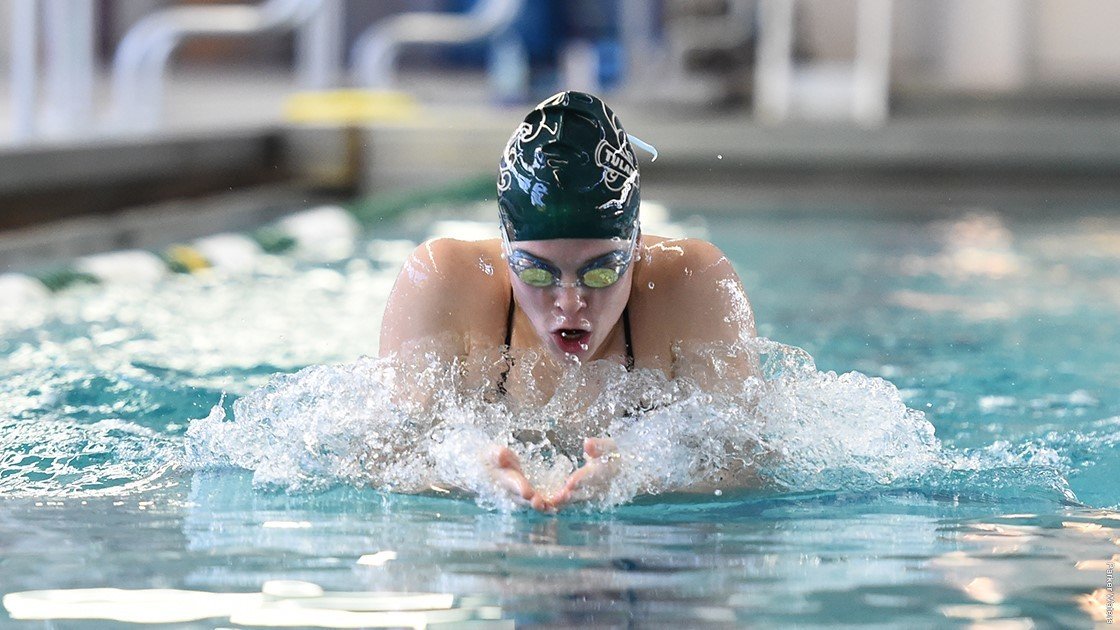 McDonald's 3 individual wins, combined with a DQ from SMU's 'A' medley relay, helped Tulane top the Mustangs for the 2nd-straight season. Current photo via Tulane Athletics

Tulane vs. SMU (Women Only)

9 event wins, including the opening 200 medley relay (1:43.59) and closing 400 free relay (3:27.61), carried the Tulane women over SMU on Friday in Dallas in both teams’ competitive regular season finale. This marks Tulane’s 2nd-straight victory in the series after having lost in each of the prior two seasons.

“Tonight was really a great meet,” Tulane head coach Leah Stancil said. “The girls swam really well and raced really well. There’s still a few things that we can work on, but I’m pretty happy with how aggressive they competed. They had a mission tonight and they worked really hard to achieve it.”

Tulane sophomore Kate McDonald was the team’s high scorer on the day after sweeping all three of her individual events. She won the 100 breaststroke in 1:02.24, the 200 breaststroke in 2:14.53, and the 200 IM in 2:03.53. That 1:02.24 is a new season-best for her, clearing the 1:02.27 that she swam at the team’s mid-season invite in Houston. It’s within two-tenths of her lifetime best as well. Her challenge now will be to hit her best swims at the AAC Championships: something she was able to achieve in the IM last year, but couldn’t do in either breaststroke race.

Trahan’s scoring from 3 individual wins was mitigated by the fact that she jumped early on SMU’s 200 medley relay, which had touched the wall first, and cost the Mustangs 9 points on net. They lost the meet by 8.