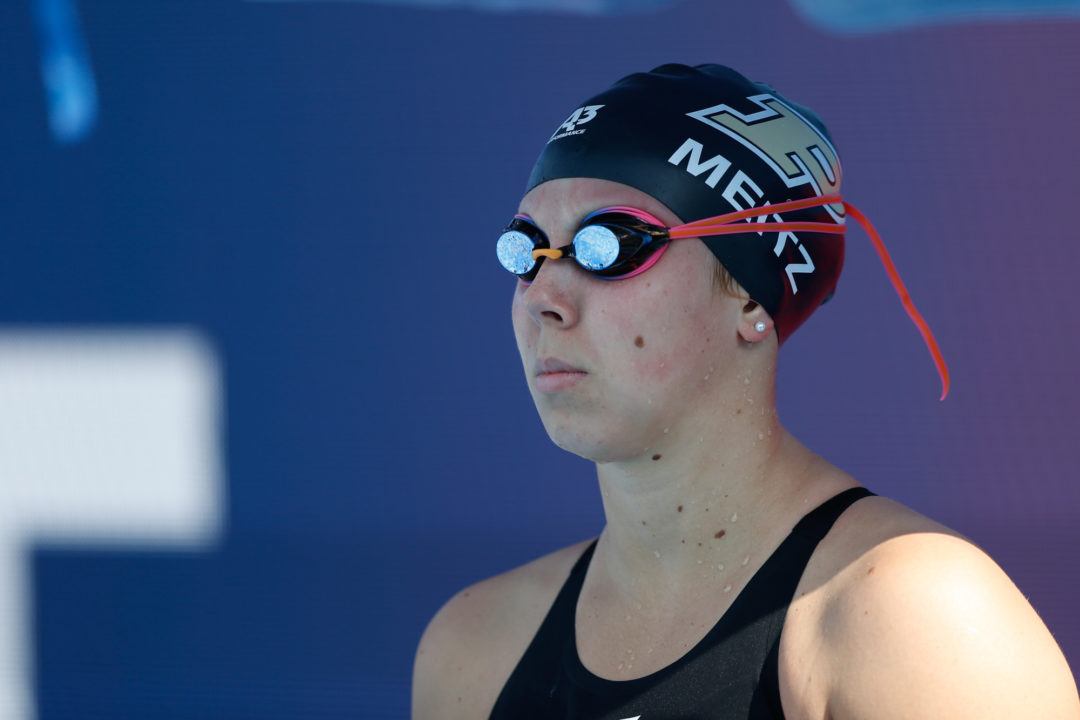 The series, which Krasinski hosts on YouTube from his home, is “a news show dedicated entirely to good news.” Segments have gone viral multiple times recently, including the cast of Hamilton singing to a nine-year-old girl over Zoom, as well as members of The Office dancing to Chris Brown’s ‘Forever’ to help a couple celebrate their wedding (as it did when Krasinki’s character got married on the show).

In Monday’s episode, Krasinski throws to 6-year-old homeless advocate Austin Perine to deliver sports news. Perine, “And what a week of sports it’s been. In West Lafayette, Indiana, when you’re ranked top five in the nation in the 400-meter freestyle, not even quarantine can stop you from training!” The segment then cuts to a clip of Meitz training in a wetsuit, attached to a bungee in a temporary backyard pool.

Meitz was a 2019 World University Games gold medalist in the 400-meter free and 4×200 free relay for the United States. She was the top seed in the 400 at U.S. Summer Nationals in 2019, but was withdrew from the meet due to an appendectomy, and finished the 2018-19 season ranked No. 12 in the world. In college, she qualified for the NCAA Championships all four years individually in the 200, 500 and 1650 freestyle.

Krasinki is best known for playing Jim Halpert on NBC’s hit show ‘The Office,’ and currently stars as the titular character on Amazon’s ‘Jack Ryan,’ among other projects.