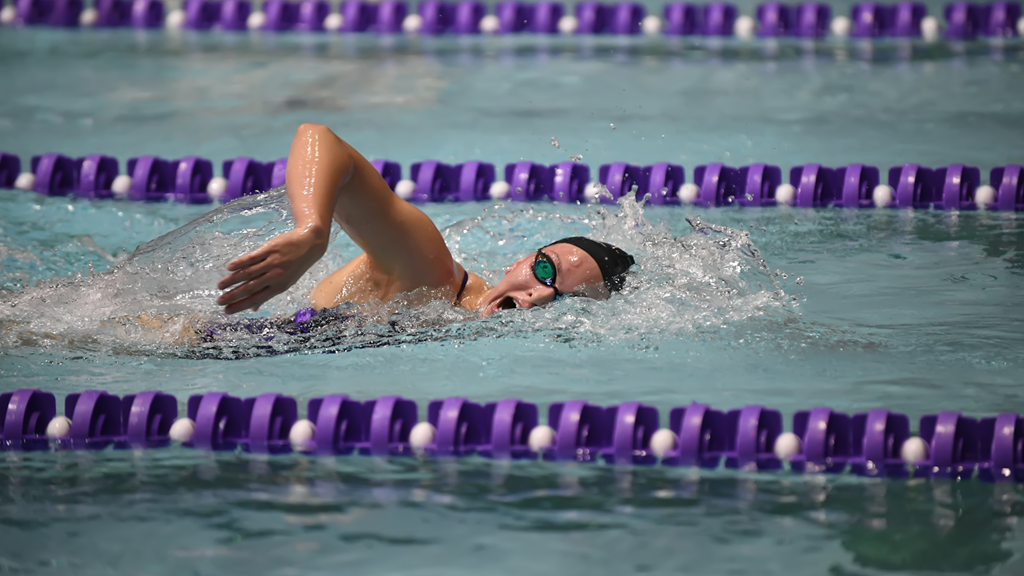 Jones was a 2020 CSCAA All-American after qualifying for the NCAA Swimming and Diving Championships in the 500 and 1650 freestyle events. Current photo via Colonial Athletic Association

The award mimics the Chuck Boone Leadership Award, which is presented in football, and the Dean Ehlers Leadership Award, which is presented in men’s and women’s basketball. One student-athlete who represents the highest standards of teamwork, integrity, leadership and sportsmanship in his or her academic and athletic achievements was selected in each of the other 19 sports sponsored by the CAA.

The winners were selected in a vote by the league institution’s faculty athletic representatives.

Cooperman was JMU’s Student-Athlete Advisory Committee President for the 2019-20 academic year after serving the previous year as the vice president. The senior was named to both the National Field Hockey Coaches Association Division I National Academic Squad and a Scholar of Distinction honoree in each of her four years with the Dukes. A President’s List student, Cooperman graduated from JMU with a degree in nursing while holding a 3.956 cumulative GPA.

Duenkel was the 2020 recipient of both the Yeardley Reynolds Love Unsung Hero Award and IWLCA Division I Community Awareness Award, becoming the first player in program history to win both accolades. Duenkel led JMU lacrosse’s community service efforts during her career, leading to the team winning the IWLCA Team Community Awareness Award during the national-championship season in 2018. The senior was also presented with the JMU College of Business Zane Showker Entrepreneurship Award after serving the JMU and Harrisonburg community over the past four years. A Dean’s List student consistently throughout her tenure, Duenkel graduated from JMU with a degree in computer information systems and a 3.668 GPA.

Jones was a 2020 CSCAA All-American after qualifying for the NCAA Swimming and Diving Championships in the 500 and 1650 freestyle events. The junior went undefeated in the 500, 1000 and 1650 free events, recording 11 first-place finishes. She also won CAA individual titles in both the 500 and 1650. Jones was also named VaSID Second Team All-State and All-CAA following her postseason success. A health science major, Jones is a Dean’s List student who maintains a 3.725 GPA.

In the three-year history of this award, JMU has produced a total of nine honors from seven student-athletes. Duenkel becomes the second Duke to earn the award in consecutive years, while Cooperman and Jones earned the accolade for the first time.