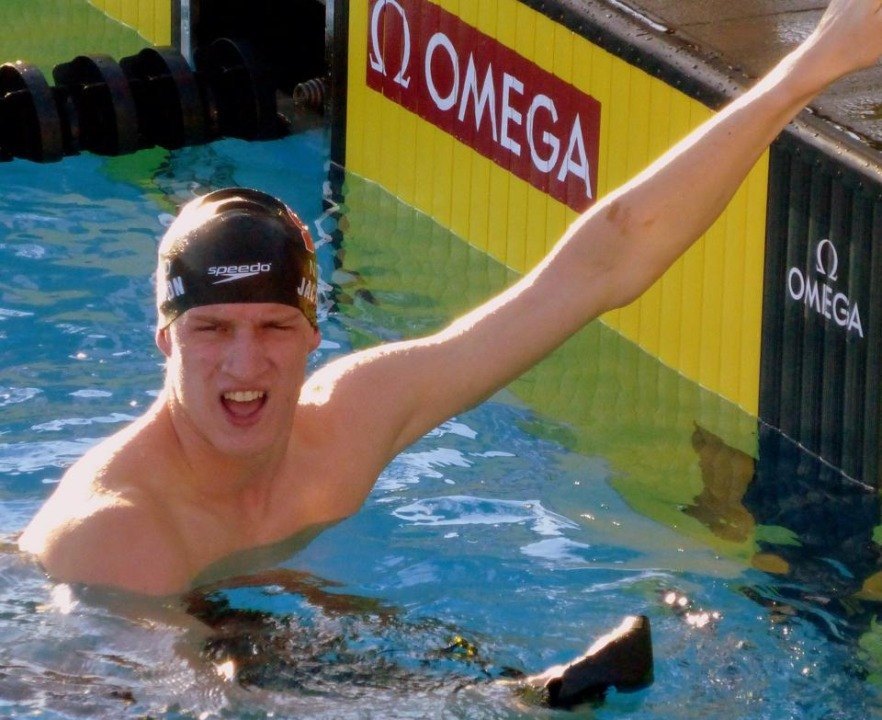 SwimSwam’s 20th ranked recruit from the class of 2015, and a one of the top sprint recruits in the country,... Archive photo via Shawn Abbott

Jackson swims for Nitro Swimming and currently lives in Austin, Texas. Notre Dame confirmed in a press release earlier this year that Tate Jackson did sign his national letter of intent with Notre Dame during the early signing period. His older brother, Trent, currently swims for the Irish.

This is a big loss for the University of Notre Dame. Head Coach Matt Tallman is bringing in one of the most talented freshman classes in program history, and it still will be even without Jackson, but he is still a big loss for their program. It is rare for swimmers to de-commit and sign somewhere else, but it does happen. Hanna House is a name that comes to mind; she de-committed from Notre Dame and signed with Duke almost a year ago.

the horns now probably have undoubtedly the best recruiting class. they already have 3 recruits in NCAA scoring range and at least 3 more that could get there.

He’s good but not in scoring range

I was talking about Haas, Shebat, and Harty. But Jackson, Tenney, and Newkirk could get into that range as freshmen.?

You’re right – these guys are already 17-19 years old so they’re definitely done improving in the sport, no more gains to be had. I doubt Eddie Reese can help them get much faster either. (sarcasm)

Lol why are you salty when it comes to any post having to do with the Longhorns? Man up.

Well, checking back in… Tate Jackson – 19.25, currently ranked 9th in the country.