John Hargis Out As Pitt Head Coach After Six Seasons 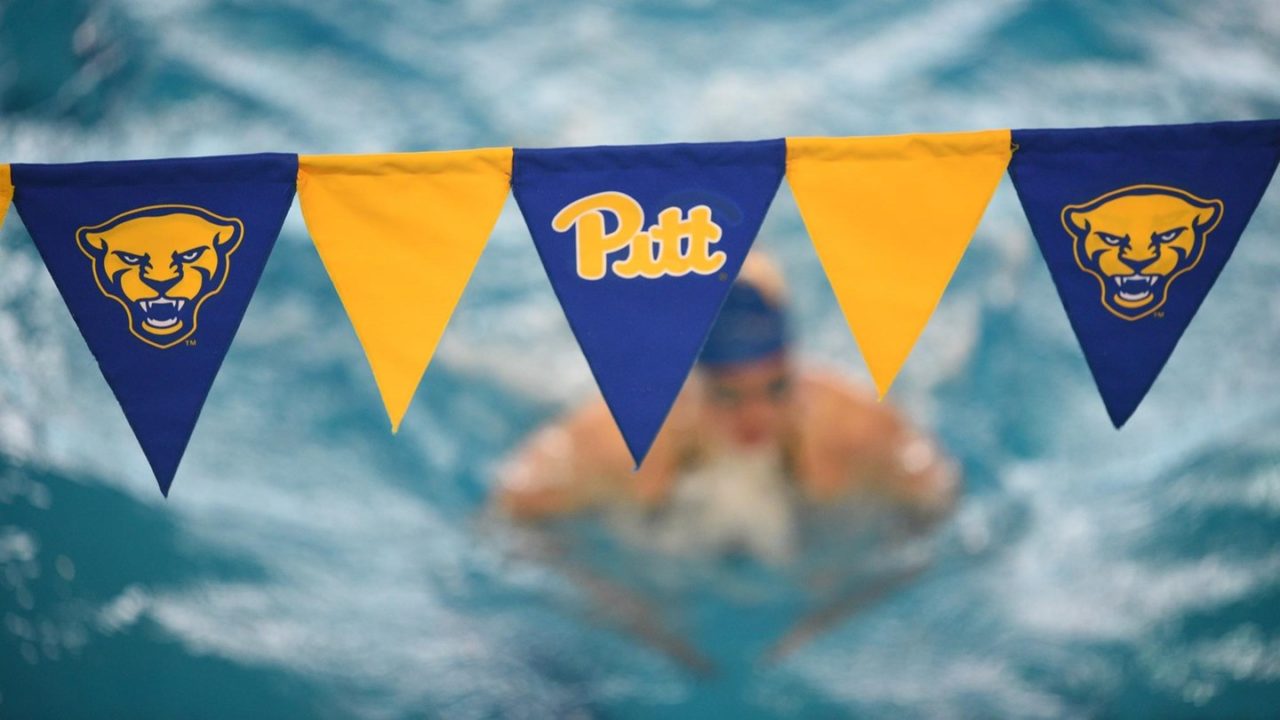 During Hargis' tenure, the Panthers finished as high ninth on the women's side and eighth on the men's side at the ACC Championships. Stock photo via Pitt Athletics

John Hargis is out as the head swimming & diving coach at the University of Pittsburgh after six seasons. The team was informed of the decision during a meeting on Monday afternoon.

Hargis, 46, has been the head coach at Pitt since 2016-17, coming over from Auburn, his alma mater, where he served as an associate head coach for three seasons under Brett Hawke.

This past season, the women’s team finished 11th out of 12 teams, while the men were ninth of 12.

Men’s team senior Cooper van der Laan was the lone Pitt swimmer to qualify for NCAAs this season, placing 20th in the 200 breaststroke and 23rd in the 100 breast last week. The Panthers also qualified three divers for NCAAs (one women, two men), but none of them scored.

The men’s team scored in two of Hargis’ five NCAA championship appearances, including putting 28 points on the board last season as van der Laan and Blaise Vera both earned First-Team All-American status.

On the women’s side, 2017 was the only year under Hargis that the team scored at NCAAs, placing 41st with four points.

Hargis led 15 athletes to NCAA Championship berths during his six seasons at Pitt, earning six All-America honors while helping the team break every swimming school record on the books.

Prior to coming over from Auburn in 2016, Hargis was previously the head coach at Penn State for five seasons. He also had prior coaching roles as the head women’s coach at Arkansas-Little Rock for one year, along with stints as an assistant UALR, Penn State and UNLV.

A 1996 Olympic gold medalist on the U.S. men’s 400 medley relay and 12-time NCAA All-American, Hargis was a member of Auburn’s first NCAA championship-winning team in 1997 and helped lead the Tigers to an SEC title in 1994.

This past season, Justin Andrade served as the associate head coach for the men’s team under Hargis, while Athena Miller occupied the same role on the women’s team.

The administration knew. My son was mistreated by JH during the 2018-19 year and I let the AD who oversaw swimming know, and all I got back were BS emails.

Coach Chuck Knoles. A PITT legend, a true gentleman, he knew people, and he knew swimming. He cared about the students first, and the athletics second. A great human being and a talented swim coach.

Marian Clark. A true Olympian, never boastful and such a smart coach. She actually got to know the athletes, what motivated each one. She made the team better by caring FOR them and working WITH them. She walked the walk.

don’t forget about Jeff Berghoff was part of that staff with Chuck and Marion.

Pitt has an anonymous reporting line that is exactly for things like this:
https://www.diversity.pitt.edu/civil-rights-title-ix-compliance

8
0
Reply
To Sue or Not to Sue Is that the only question?

Most people learn at an early age that bullying is not okay. “I’m sorry but.. “ is simply not an apology.

“I’m sorry but.. “ my past experiences made me mistreat others.

17
0
Reply
We’re All Works in Progress

“It is not the critic who counts; not the man who points out how the strong man stumbles, or where the doer of deeds could have done them better. The credit belongs to the man who is actually in the arena, whose face is marred by dust and sweat and blood; who strives valiantly; who errs, who comes short again and again, because there is no effort without error and shortcoming; but who does actually strive to do the deeds; who knows great enthusiasms, the great devotions; who spends himself in a worthy cause; who at the best knows in the end the triumph of high achievement, and who at the worst, if he fails, at least fails while daring… Read more »

While there are lots of really weird things in this comment, the overall takeaway is this:

This speech was given by Teddy Roosevelt as part of an effort to curtail freedom of the press. He was basically saying “journalists shouldn’t criticize me because I’m the president of the United States.”

It’s one of the most overrated speeches in history. It’s a speech of facism by the man who invented “spin” as we know it today.

Also, the athletes are literally in the arena – even moreso than their coaches – so that makes it doubly weird.

My kid swam under Hargis and I just read the comments that my kid posted on this and I am blown away. I can’t believe what our children had to endure under Hargis’s coaching. When you send your kids away to college not only do they have adjust to college life and then put up with this abuse it’s unacceptable. We should file a class action lawsuit for mental and verbal abuse. Obviously the Pittsburgh administration knew about the abuse and did nothing about this they need to be held accountable. How many kids dreams has he ruined? I hope that they will be able to recover from the years of Harris’s verbal and mental abuse. Will all the kids… Read more »

A swimmer I was familiar with from competing alongside my son on a select team had moved away to another part of the country near the end of his high school career. He was a kind and respectful kid who treated my young son well. I kept up with where he chose to go to school, and saw that he had committed to Pitt. I was concerned because I knew that Justin Andrade was an assistant at Pitt, and had heard of his atrocious behavior while he was the Head Coach at Div-2 Fla Tech prior to being hired at Pitt. I actually reached out to the swimmer’s club coach to voice my concern, and the guy vouched for Hargis… Read more »

The issue of toxic coaches seems to have gained even more attention with Teri McKeever being investigated. Perhaps there will be more accountability for what seems to be a pervasive problem in the sport. At Pitt it is interesting that all the assistants are still there except the female associate coach so even with Hargis gone, how different will the culture be? With Pitt’s incoming head coach coming from Cal ,which is now under scrutiny, one has to hope the student athletes know how to avail themselves of all resources provided and to know they don’t have to endure abuse to be worthy of a career in swimming.
It is definitely difficult to imagine that the extent of abuse… Read more »

I have to wonder through all of these comments is a serious investigation of abuse warranted here? What is the process? 10+ years and two or more programs of these claims is not something to look the other way at.

Victims of abuse of any type can take time to come forward, but it seems like there are an unlimited amount that are willing to speak up. Ten years ago it was not socially acceptable to speak out against coaches without being called a liar or a baby. Especially when your coach was seen as Gods gift to swimming and coaching by himself and others. For those defending John shame on you, there is clearly something seriously wrong here.… Read more »

I think you would need to prove some type of hardship caused by the anxiety and bullying from the coach or the athletic department as a whole. Example: quit the sport, did poorly in your classes, didn’t graduate, etc.

He’s just a dick- but he’s not evil. He severely lacks empathy and understanding, which are two traits almost certainly needed in a collegiate head coach.

I quit the sport because of him. Many others did too.

12
0
Reply
To Sue or Not to Sue Is that the only question?

Looking at some of the issues that haunt athletes after their experiences at Pitt, a common thread is the lack of response by the authorities in charge to address the abusive treatment when witnessed or reported. There is also some victim blaming. Since the athletes are made to feel alone and powerless, perhaps it would serve them well to know there are avenues of reporting outside their team, athletic department and institution. Unfortunately bullying and other abuses are not unique to Pitt. Although there are ways to file concerns regarding mistreatment of athletes with the US Center for Safesport, with state medical boards with concerns about trainers and physicians , and other entities that support anti bullying and mental health… Read more »