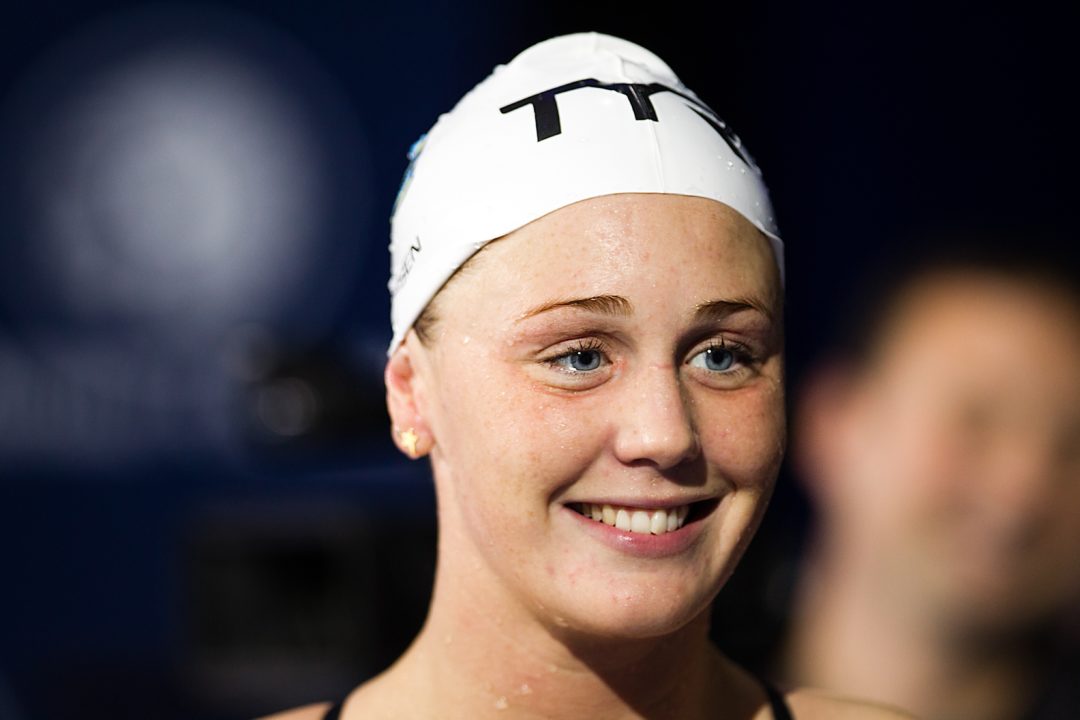 It has been reported by Danish sporting site Sporten.dk that sometime over the Christmas holiday that Jeanette Ottesen Gray broke her...

It has been reported by Danish sporting site Sporten.dk that sometime over the Christmas holiday that Jeanette Ottesen Gray broke her foot while participating in jiu-jitsu. Ottesen Gray was involved in the martial art as an alternative to her normal training regime.

The injury was suffered when the man she was sparing against grabbed her foot and broke it. The break will cause her to adjust her training for the next four to six weeks, though is not expected to keep her entirely out of the water.

She has previously announced that headed toward the 2012 World Short Course Championships in Istanbul, she would be dropping the 100 freestyle, where she’s the defending long course World Champion. Instead, her focus was on the 50 freestyle and the 50 fly. Turns would be the most challenging part of swimming with a broken foot, one would imagine, so this injury may change her plan for 2013 (where she hasn’t yet committed to the event one way or the other).

Bad for her. I have picked her for the win in the 50 fly this summer in Barcelona. I hope she will be back very soon.

And swimswam, thank you for the time conversion tool. It’s very cool. And with an altitude adjustment! Amazing! You are great.

I’m not sure that this one should ‘count’ toward the evidence that the better a swimmer is in the water, the clumsier they are on land.

Still it sounds like the kind of broken bone that doesn’t affect training too much in the long run, and hopefully she’ll be back in full fighting (okay maybe not that kind of fighting anymore) trim by about April.

This doesn’t count, for sure.

I would be curious to find out exactly how this guy grabbed her foot and broke her toe. Crazy aggression or spun her by her foot? The direct quote from another source, stating what she said, “Then he grabbed my toe and broke it.”…

Actually, it doesn’t say anywhere in the linked article that she’s dropping the 100 free from her Barcelona schedule, only at the recent Short Course Worlds. She says she’ll decide on the 100 free or 50 fly (but not both as they are swum the same day) depending on her level of fitness closer to the meet.

Plus, she used to be a competitive dancer before she took up swimming and is said to be a beast at dryland, so I don’t think this one can be blamed on clumsiness 🙂