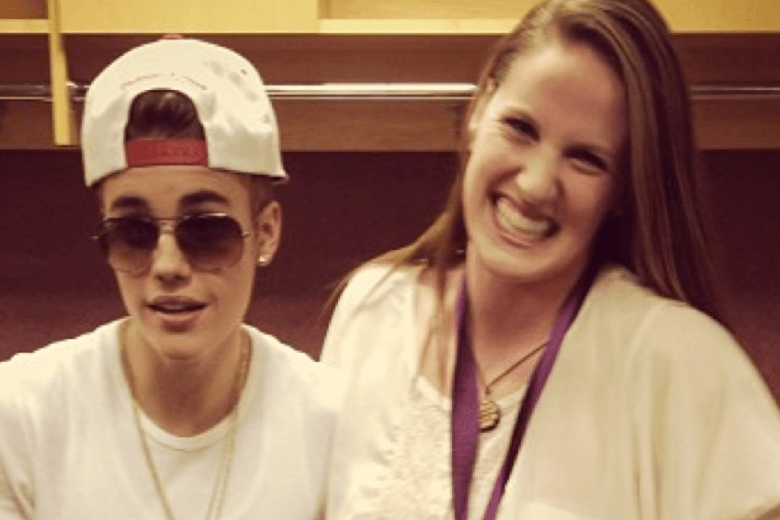 Franklin got the VIP treatment, going backstage pre-concert, from which she tweeted the photo (featured) with the popstar and this tweet:

“With the Biebs. He truly is a wonderful and genuine person! Such an honor to meet him.”

Until the meeting, the relationship was entirely social media based. Here is the history:

1) Franklin captures the world’s attention at the 2012 London Olympic Games, and we learn she’s a Bieber fan.

2) Bieber tweets his thanks and appreciation for her performance in London.

5) Later, the world learns the care package was not a violation of NCAA rules.

6)  Bieber’s Believe tour hits Colorado and Franklin goes backstage for a photo op, which she, thankfully, tweets out.

Did Missy stay for the show closer, when Bieber sings his hit, Baby? I’m guessing she did, and she still made morning practice the next day.

Next ondeck for the US Olympic swimming star, you can see her compete at the Austin Grand Prix, January 18-20. Now helmed by USA Swimming sponsor Arena, the US-based pro series has a newly enlarged series purse of $150,000, of which Missy cannot accept if she were to win. However, 2013 is just getting started, and swimming news continues to get more and more interesting thanks to Missy and other Team USA standouts.

Is that a miniature Vanilla Ice?