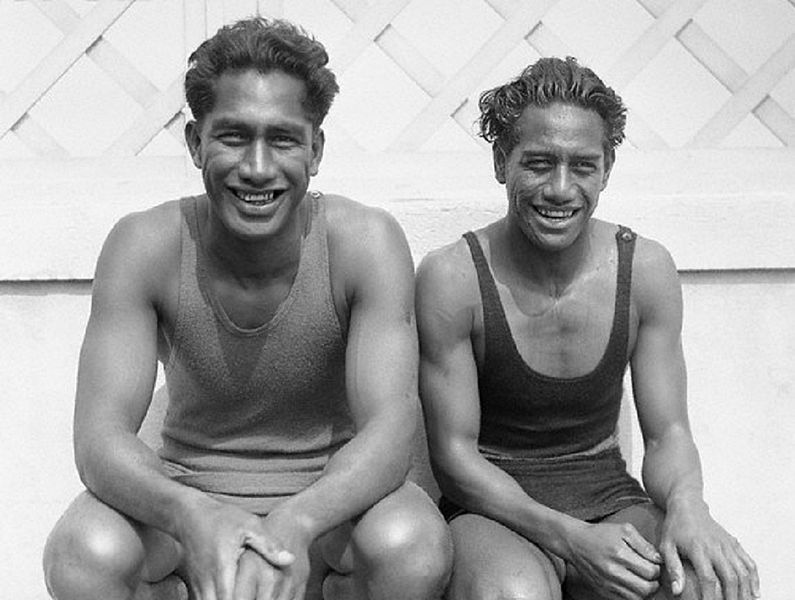 “Aquaman” star, Jason Momoa, is set to join a team of producers to create a biopic on Hawaiian Olympic swimmer Duke Kahanamoku

Kahanamoku is famous for both his swimming and surfing accolades. He has been on four Olympic teams and is a five-time Olympic medalist in swimming, including earning three gold medals. At the 1920 Games in Stockholm, Kahanamoku became the first swimmer to win the 100 free twice in a row.

In addition to his swimming career, Kahanamoku is widely credited with popularizing the sport of surfing. He introduced the sport on both coasts of the US, as well as in Australia through his swimming “exhibitions”. He was the first person to be inducted into both the International Swimming Hall of Fame and the Surfing Hall of Fame.

This is not the first time that Jason Momoa has been involved in a project on Kahanamoku. The fellow Hawaiian served as the narrator for the PBS documentary “Waterman–Duke: Ambassador of Aloha”, which was released earlier this year.

As reported by Variety, fellow producer Eric Carlson says “We are all proud to be working with Malama Pono to tell the incredible story of Duke Kahanamoku, one of America’s most overlooked heroes.”

The film will “explore this iconic and gentle man as the legendary swimmer, trailblazer and undisputed father of modern-day surfing”.

The biopic is currently untitled and a release date has not been announced.

If its anything like or better than that documentary, it should be excellent viewing!

can’t wait to see it!

Dang, I did not think Jason Momoa could be any cooler. I was wrong!