Jack Bauerle to Give Fall Commencement Address At UGA 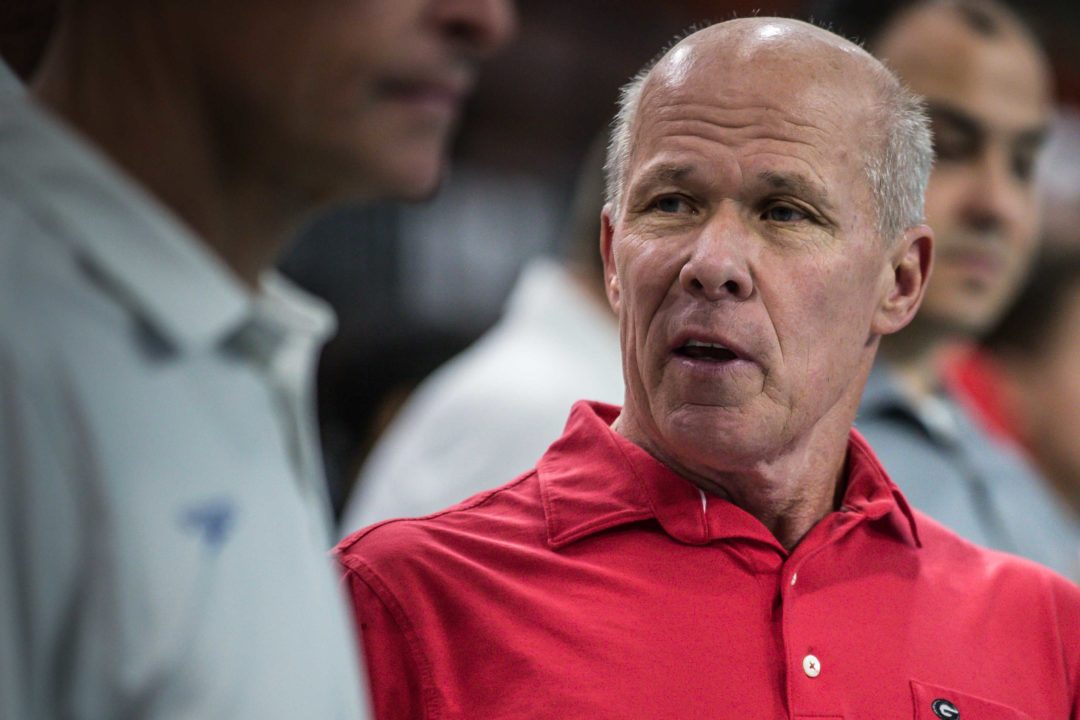 Currently in his 43rd season as Georgia’s head coach, Bauerle is the dean of SEC coaches and the winningest active swimming and diving coach in the NCAA. Archive photo via Jack Spitser/Spitser Photography

ATHENS, Ga. – Adding to an impressive list of achievements and honors, Tom Cousins Swimming & Diving Head Coach Jack Bauerle will provide the commencement address to the fall 2021 graduating class of the University of Georgia this Friday at 10 a.m. at Sanford Stadium.

Currently in his 43rd season as Georgia’s head coach, Bauerle is the dean of SEC coaches and the winningest active swimming and diving coach in the NCAA. In over 50 years at Georgia, including his tenures as head coach, assistant coach, and student-athlete, Bauerle has produced seven NCAA championships and 12 SEC titles with the women’s team. He has been named National Coach of the Year seven times and SEC Coach of the Year on 18 occasions. Outside of the water, his athletes have earned three NCAA Woman of the Year awards and 39 NCAA postgraduate scholarships.

In 2008, Bauerle was chosen as the United States’ women’s team coach for the Olympics, leading the American women to 14 medals, the most of any nation. Under Bauerle’s leadership, Georgia has produced 87 Olympians representing 20 different nations, earning 38 medals in the process. At this year’s Tokyo Games, his seven swimmers on the United States national team marked the most of any individual coach.

Bauerle has been inducted into the State of Georgia, the Georgia Aquatics and the Montgomery County (Pa.) Coaches halls of fame. He also received the Bill Hartman Award, which is one of the highest honors given to a former UGA student-athlete based on 20 years of excellence in his profession. His commitment to service has led to his receiving the Billy Hudson Distinguished Citizen Award from the Northeast Georgia Council of the Boy Scouts of America as well as selection for the Sphinx Club, Blue Key Society, the Gridiron Society and Phi Kappa Phi.