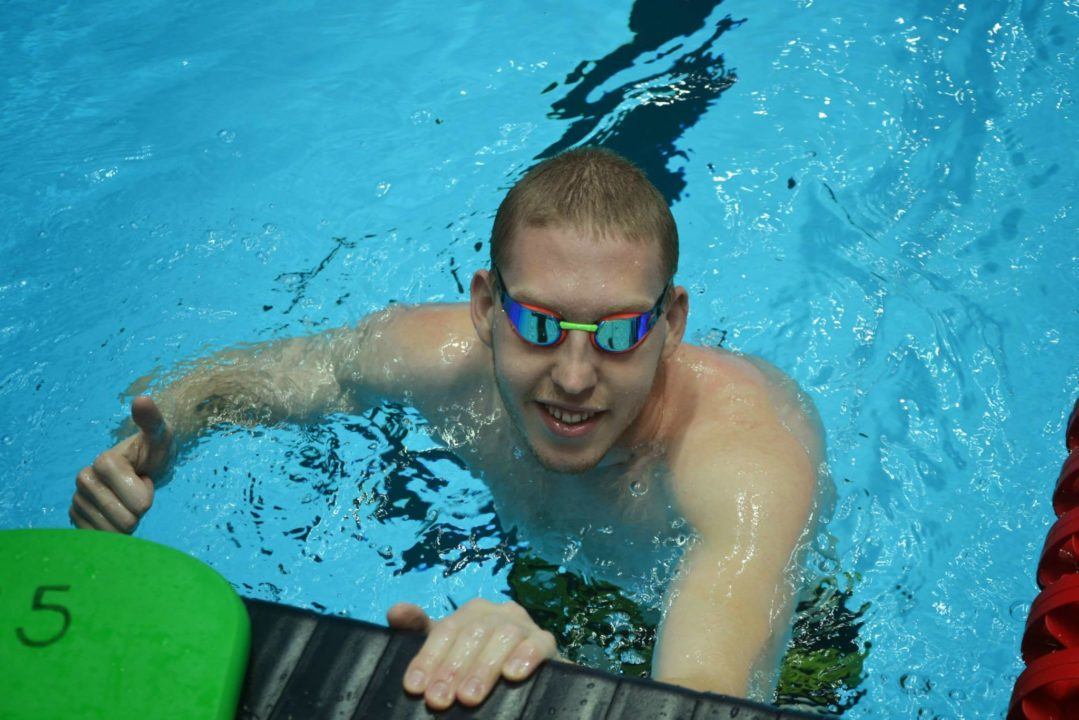 The Tennessee Volunteers have now brought in two (converted) sub-20 second sprinters for next fall. Archive photo via Gleb Ionichev

Gleb Ionichev, the 2nd-fastest 50 meter freestyler in Israel in 2016, has signed a letter of intent to swim for the Tennessee Volunteers beginning in the fall of 2016. Ionichev turns 21 this year.

Ionichev is almost exclusively a sprint freestyler, though he’s shown good potential over 50 meters of butterfly as well

Ionichev’s arrival on Rocky Top is well-timed. The Volunteers had solid free relays at NCAAs last season (11th in the 200 free relay, 12th in the 400 free relay), but half of the swimmers on those relays, Gustav Aberg Lejdstrom and Sean Lehane, have exhausted their college eligibility.

The Volunteers have brought in a big men’s recruiting class for this fall, including a handful of sprinters, but only one other, Australian Braga Verhage, is of this caliber immediately upon arrival in the states.

“You are one swim away from a good mood,” Ionichev said of his approach to swimming, and life.

Ionichev swam his best of 22.79 at the Israel Swim Cup, and though he wasn’t on the team’s European Championships team, he was faster than the 4 swimmers who represented the country in the 50 free late last month in London.

Good sprinting pickup for them. I am also sure they will help him get that 200 down too.