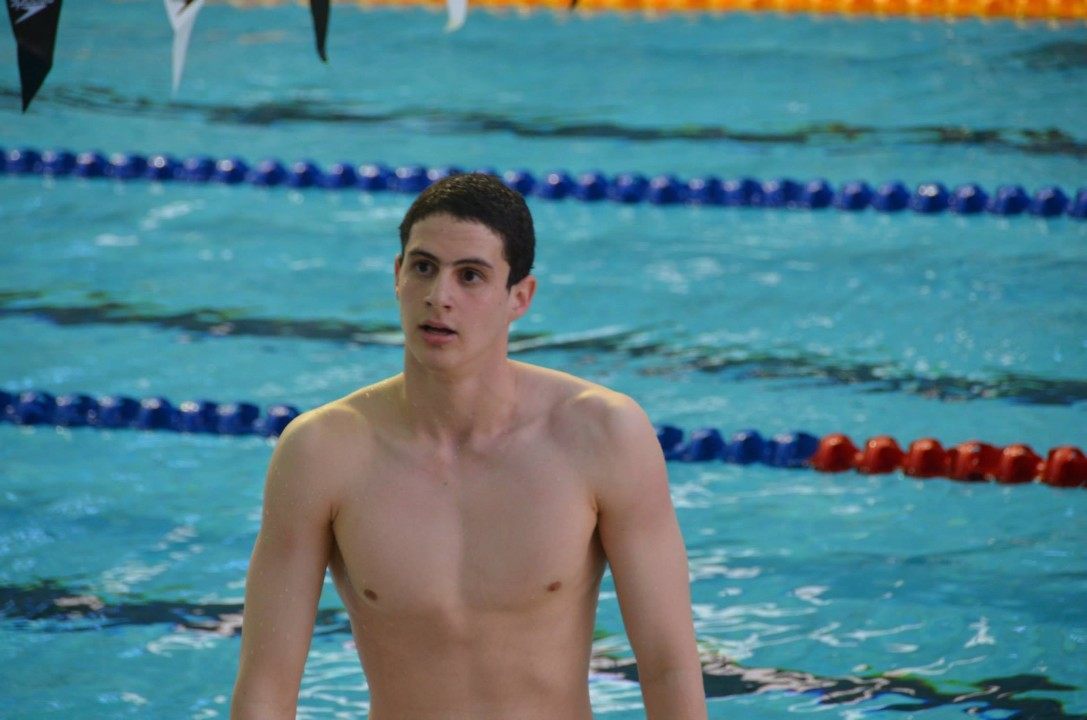 Lior Grubert of Yehud-Monosson, Israel, has signed an NLI and will be swimming at Seton Hall University beginning in the...

Lior Grubert of Yehud-Monosson, Israel, has signed an NLI and will be swimming at Seton Hall University beginning in the fall of 2015.

An Israeli national junior champion in 2012, Gurbert’s best times are:

Grubert will join a very young Pirates roster; most of the men’s team just completed either their freshman or sophomore year. He should make a positive impact from the outset. At the 2015 Big East Conference Championships Grubert’s converted times would have landed him in the “A” finals of the 200 IM, 100 free, and 200 free, and the “B” finals of the 500 free and 100 fly. In addition to contributing points in individual events, Grubert should be a boon to the Pirates’ relays as well.

Grubert will join Ivan Michalovic in the incoming freshman recruiting class at Seton Hall next fall.

A hard worker and an amazing person!
The Pirates earn a great swimmer

Vote Up00Vote Down Reply
Tim B

Great sign for the Seton Hall. From his best times it seem that he’s going to be a serious factor for the Pirates in the next year.