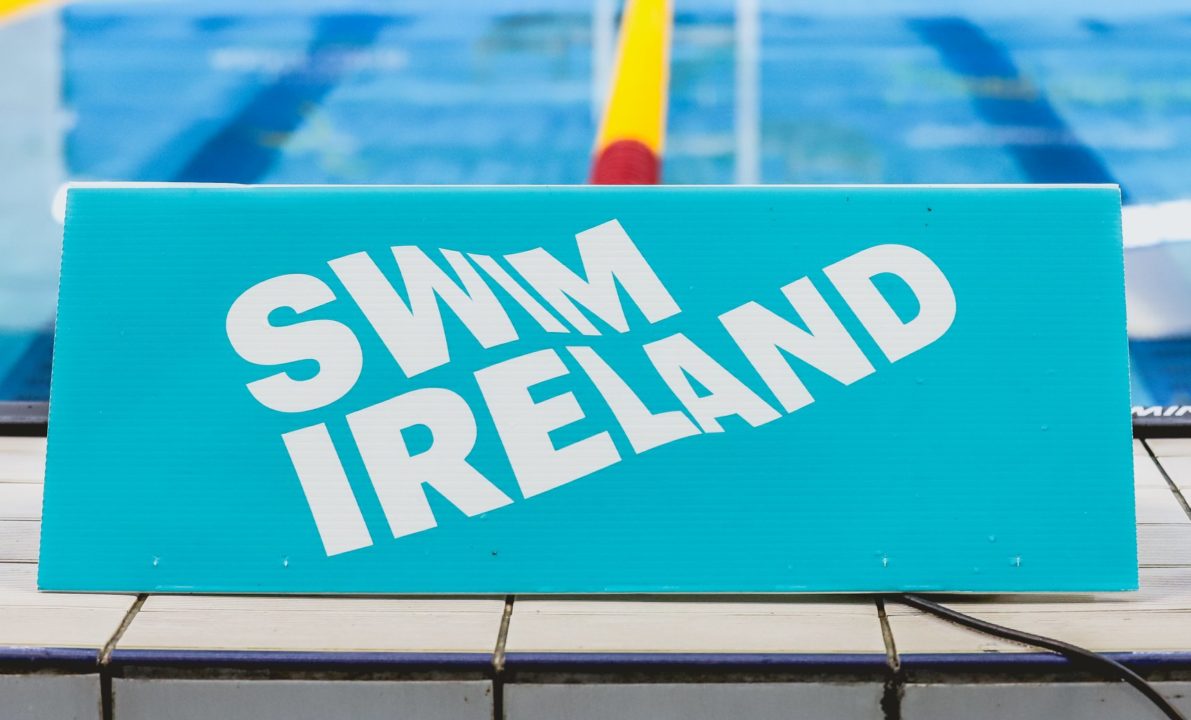 The final session of the Irish National Team Trials closed the curtain on what has been an exciting week of racing in Dublin, Ireland – where we’ve seen four swimmers achieve consideration times for this summer’s Olympic Games.

Daniel Wiffen, who has already secured an Olympic consideration time in the 800m freestyle from day 1 of the competition was in a league of his own this evening in the men’s 1500m freestyle – the event which closed the curtain on this year’s event. He set a new Irish national record in 15:16.90, taking down his own previous mark of 15:19.04 from December 2020. Behind him was Liam Custer in 15:48.17.

An extremely close race in the men’s 200m breaststroke saw pre-selected Olympic athlete Darragh Greene and youngster Eoin Corby finish within 0.10 of each other, with Greene getting his hands to the wall first in 2:10.40 – just 0.35 off his own national record time of 2:10.05.

Corby – who has had a stellar week and seriously made his mark at this meet, took yet another chunk off his previous junior record mark of 2:13.24 after posting 2:10.99 in the semifinals. Both men missed the FINA ‘A’ cut of 2:09.93.

Max McCusker caused some upset when he won the men’s 100m freestyle in 49.51, coming back from middle of the pack at the 50m mark to take the win. It was a blanket finish with five men under the 50 second mark – though second went to Jack McMillan and third Shane Ryan who touched in 49.58 and 49.64, respectively.

Danielle Hill, who has been on record-breaking form all week – with four already in the bag – was just off her own national best mark in the 50m freestyle, posting 25.29 to be just 0.10 outside of her time from the semi-finals of 25.19. Joining her in the sub-26 group was Erin Riordan who was just outside her best time with a final result of 25.95. 16-year-old Mollie McAlorum finished in third in 27.40.

Butterfly veteran Brendan Hyland didn’t have it all his own way in the final of the 100m butterfly as a good fight was to put to him by Ards swimmer Paddy Johnston. The only men in the final, a strong turn and underwater from Hyland secured the win for him in 52.87 – while Johnston wasn’t far behind with 53.32.

In his post-race interview, Hyland used the analogy of Johnston “being like the goalkeeper” and him “taking the penalty”, which ultimately he was able to do, getting closer to the FINA ‘A’ cut of 51.96.

After breaking the Irish senior record in the semi-final of the 100m freestyle – only to then have it taken back by the previous holder Danielle Hill in the final – Ards swimmer Victoria Catterson put up a gritty performance in the 200m freestyle to take the win.

Catterson’s time of 2:00.15 was just 0.22 away from Michelle Smith‘s Irish senior record in that event, which stands at 1:59.93 from the 1997 European Championships in Seville, Spain. Her new standard is a huge personal best, taking almost three seconds off her previous best of 2:03.08 from 2019.

Niamh Coyne was without her closest competitor in the 200m breaststroke after Tennessee’s Mona McSharry pulled out of the final. Coyne pipped McSharry for the win in the semi-final of this event, posting a lifetime best in the process of 2:26.73.

Tonight she was a little off that mark, finishing first in 2:27.45 ahead of second place and only other swimmer in the race, Molly Mayne – who clocked 2:33.37.