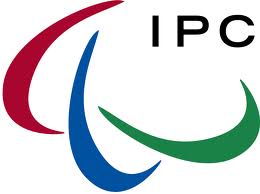 The International Paralympic Committee has set out its strategic plan for the rest of the Olympic cycle. Current photo via Tim Binning/TheSwimPictures.com

The International Paralympic Committee is recognized as the official international federation of 9 Paralympic sports, one of which is our beloved swimming. Therefore, it is among the duties of the IPC to set long-term strategic plans, and they have done just that this week, laying out the path from now until the 2016 Rio Olympics.

The IPC’s overarching goal for its 9 sports is to make them more financially self-sustaining, and the strategic plan says how they plan to do that.

The vision, mission and values for this include creating a stable calendar, and working to encourage participation and develop the sport at all levels. These are important concepts in para-swimming, where the schedule frequently changes, and there are limited opportunities for competition outside of the grasps of USA Swimming, where the competition comes out fairly lop-sided.

The IPC, seeing swimming as one of its core sports (it had the most air time during the London 2012 Paralympics, partially due to the fact that the home country Great Britain had some superstars on their team), is now trying to work with FINA to perhaps create some synergies and some shared projects with its Olympic counterpart.

For one part of its mission, the World Championships have been stabilized to an every-two-years event, in the year before and after each Paralympic Games. That’s as compared to every four years (the even numbered, non-Olympic years) from 1998-2010. The increased frequency of the championships allows for more stability and visibility for the athletes on a more regular basis, as three years out of the four year cycle have a major global event, much like in the Olympic cycle.

The #1 priority listed on the strategic plan involved the Paralympic Games and World Championships, and addressed the biggest controversies in Para-swimming today.

That included several references to implementing an “accurate, reliable and consistent sport focused classification (system).” There have been several instances in recent years where these classification systems have wreaked havoc on the sport, including when Americans Mallory Weggemann was reclassified on the eve of the 2012 Paralympic Games (though that didn’t stop her from winning gold in the 50 free against tougher competition).

The IPC is also seeking to improve preparation and stability of its events. That includes things like using an athlete qualification system that ensures participation from top-ranked athletes and is representative of all three impairment types (physical, mental, and vision).

The rest of the points are basically what one would expect, including education and development of athletes, officials, coaches and classifiers; increasing media visibility for the Paralympic brand; improve funding opportunities; and to become a more visible face within FINA discussions.

Among the more concrete missions to ensure that include the plan to establish regional Championships in 2014 and beyond to fill the void in between World Championships. As of right now, there are several regional championships (Europe, Pan-American), but they tend to fall in the same year as the World Championships. The Americans, for example, have the Can-Am event, but again the word ‘stability’ creeps up: these events need to be bigger, badder, and more predictable from quadrennial-to-quadrennial to keep the athletes in the national and international spotlight.

The plan, now, seems to be more in place, and the challenge will become the execution of that plan. Unlike Olympic swimming, where the Brits brought in Americans like Bob Bowman for advice, the Americans this time around could stand to take advice from their cross-Atlantic counterparts, where in many European countries (including GB) this side of the sport has grown to unreal levels.

The whole IPC Swimming program is a joke. The classifiers are not real doctors. In fact, one of the classifiers that classifies swimmers, write prescriptions for male ehancement drugs. They do not have neurologists looking at the kids with CP and Muscular Dystrophy. There can be athletes with the documented same disease and progression and depending on what country you are from, depends on what class you get. The only legtimate class is the visually impaired who see actual doctors. In addition, some countries seem to have favored nation status with the IPC versus the US.

I admire the swimmers who compete in the Paralympics, but until the US stands up to the IPC and the sponsors hold the IPC… Read more »

This challenge is being met step by step not only in the Paralympics, but in locallly, regionally, and nationally great clubs and Universities accross America. The resident team in Colorado at its birth was among the very few places to be involved in world class training. Now it is one of many great chioces accross the country. We are seeing an amazing transformation before our eyes right now.
It was, is, and will always be a great time to be involved in the Paralympic movement. Those who came before provided an incredible foundation. Those here now are helping the exposure and acceleration of the athletes into the mainstream. It is time for the athletes to take the reigns and… Read more »

Paralympic swimming is under the radar here in the United States, so thank you Swim Swam for posting this! Hopefully on a grass roots level, more USA Swimming club teams will begin to reach out and embrace young swimmers in their communities, that will compete as USA Swimming age groupers, but will also classify as Para swimmers. There is room in swimming for everyone, regardless of physical/ visual challenges to be an athlete.