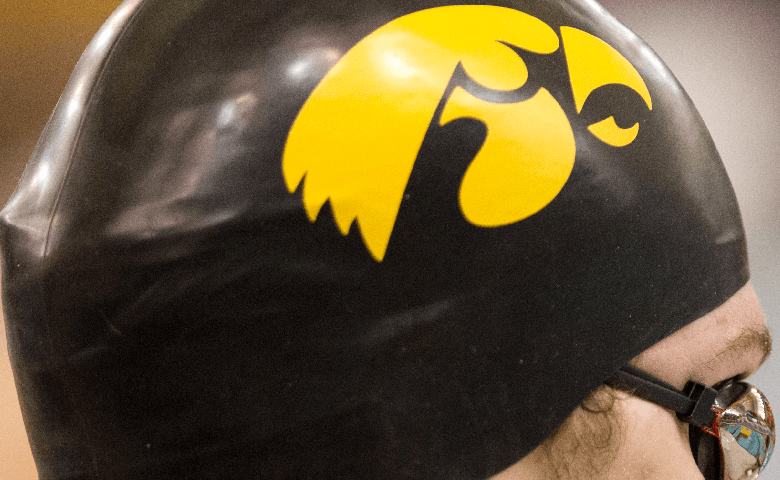 The University of Iowa men’s and women's swimming and diving teams make their first home appearance of the season with the annual intrasquad meet Friday in Iowa City, Iowa. photo via Tim Binning/TheSwimPictures.com

The University of Iowa men’s and women’s swimming and diving teams make their first home appearance of the season with the annual intrasquad meet Friday in Iowa City, Iowa. The dual will be held at the Campus Recreation and Wellness Center Pool beginning at 7 p.m. (CT). The intrasquad meet begins a stretch of three-straight home meets.

Fans can follow the intrasquad swim meet via live results by following this link (http://www.livestats. hawkeyesports.com).

Recent University of Iowa Swimming and Diving News below:

The University of Iowa men’s swimming and diving team dropped its season-opening dual to defending national champion Michigan, 182-110, on Sept. 27 at the Canham Natatorium. The Hawkeyes swept the top two spots in the 200 breaststroke during the Big Ten-opening dual. Sophomore Roman Trussov, an NCAA qualifier last year in the event, was victorious with a time of 2:01.80, while freshman Nick Zito, making his collegiate debut, took second in 2:02.10.

The University of Iowa swimming and diving team swam to a World Record in the 200 short course meters mixed-medley relay at the Michigan Water Carnival. In the second-to-last event, the Hawkeyes swam to a World Record time when seniors Dustin Rhoads and Andrew Marciniak, junior Haley Gordon and sophomore Olivia Kabacinski finished with a time of 1:47.61. Iowa also bested a previous World Record time in the mixed 200-meter freestyle relay when sophomore Jackson Allen, senior Gianni Sesto, freshman Emma Sougstad and sophomore Allie Orvis posted a time of 1:40.26. Michigan took down the old record, finishing in 1:36.78.

Freshman Nick Ztio was named Big Ten Freshman of the Week on Oct.1. Competing in hif first collegiate dual at defending national champion Michigan, Zito swam four events for the Hawkeyes, placing second twice, third, and seventh. In the 200-yard breaststroke, the Lombard, Ill., native placed second (2:02.10), behind fellow teammate and NCAA qualifier Roman Trussov. In the 400- yard freestyle relay, Zito swam the anchor leg, touching out in 3:03.27. He also placed third in the 200-yard IM in 1:54.56, and placing seventh in the 200-yard freestyle.

The Hawkeyes enter the 2013-14 season after a successful 2012-13 campaign. The men’s team posted a 7-3 record in dual meets, while going 2-3 in the Big Ten. Iowa placed 32nd in the country at NCAA Championships with a team score of 14 points. The Hawkeyes earned honorable mention All-America honors in three events. Junior Grant Betulius placed 13th in the 100 back, while teaming up with Andrew Marciniak, Byron Butler, and Jordan Huff to place 16th and 13th in the 200 and 400 medley relay, respectively.

This release was provided to swimswam and is courtesy of Hawkeyes Swimming and Diving.