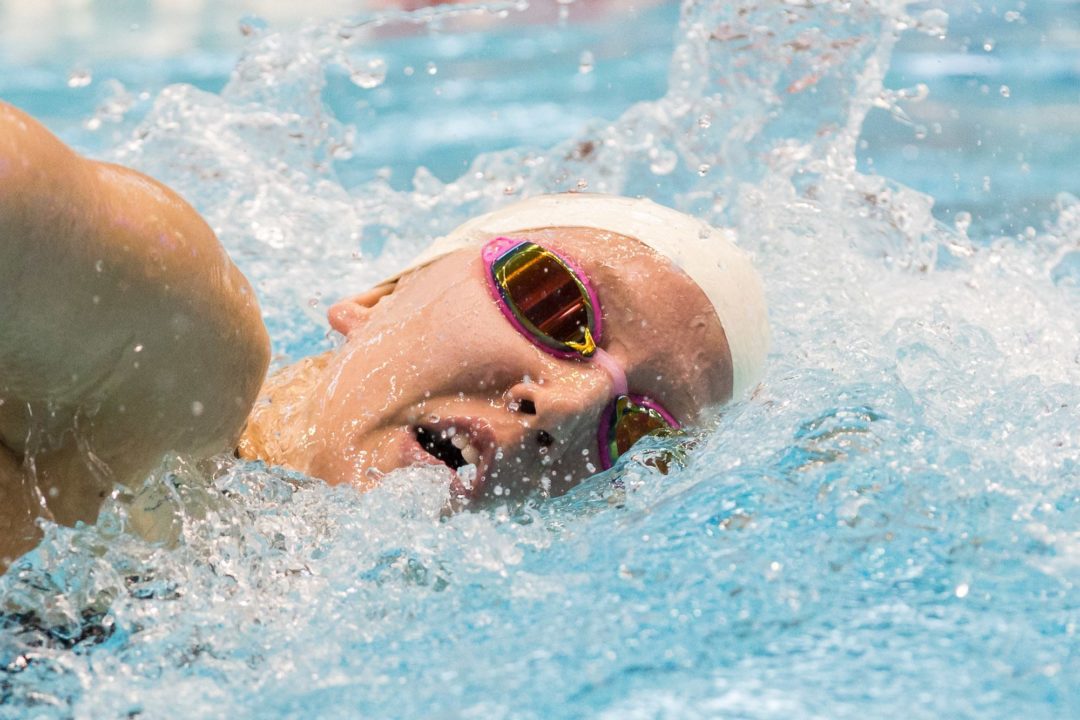 Indiana sophomore Haley Lips has been scratched out of her individual events at NCAA's. Archive photo via Tim Binning/TheSwimPictures.com

In an update to an earlier story, USA Swimming has posted the updated psych sheets based on today’s scratch, and Indiana’s Haley Lips has scratched, which moved North Carolina freshman Abby Fisher into the meet.

All of the updated lists can be seen here.

The Indiana women now are down to just 10 qualified individual swimmers, plus 1 diver so far through the first day of their Zone diving championships, for NCAA’s.

More significantly, she was also the lead-off leg of Indiana’s 800 free relay that ranks 11th in the country so far this season. Under the new qualifying rules, there’s not much information available about who will be swimming on which relays at NCAA’s, so it is possible that she has not scratched the 800.

Update: Indiana confirmed on Friday morning that she was scratched because of an undisclosed medical reason. Lips did battle some injury during her freshman season as well.