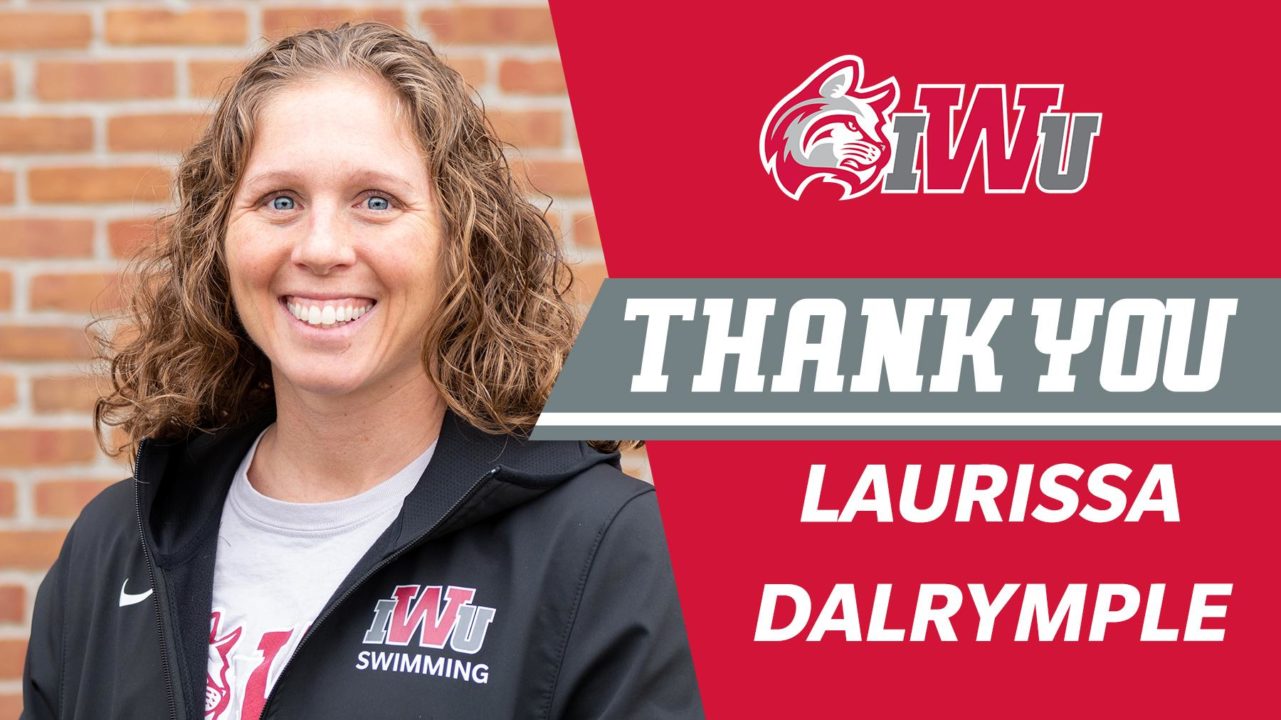 Dalrymple was named the program's first coach in October of 2016 and just completed her third season. Current photo via Indiana Wesleyan Athletics

“We will be forever grateful to Laurissa for the work that she has done starting our women’s swim team,” said Director of Athletics Mark DeMichael. “She has been committed to building a Christ-centered culture that prioritizes the spiritual, academic, and athletic growth of each individual team member, with an expectation for excellence in every aspect of the program. She will be missed but we are also excited for her and her family, as they follow the next chapter of ministry that the Lord has called them to.”

In just her short stent, the Wildcats rose from unranked in their first season to finishing ranked sixth in the 2019-2020 NAIA Women’s Swim & Dive Coaches’ Poll. In each of her three seasons, IWU finished in the Top-12 at the NAIA National Women’s Swimming & Diving Championships, with sixth being their highest finish just this past season.

“It has been a great privilege to begin the IWU swim program on such a solid foundation that the IWU community provides,” said Dalrymple. “I have learned a lot through this experience that will help me for years to come. But even more, I have been impacted by so many incredible people who make IWU athletics and the broader IWU community great. The IWU Swim team has a group of talented athletes, diligent students, and growing champions for Jesus Christ. I am praying for the next coach and athletes during this transition and the continuing mission of IWU Athletics.”

A national search for the next head coach will begin immediately.