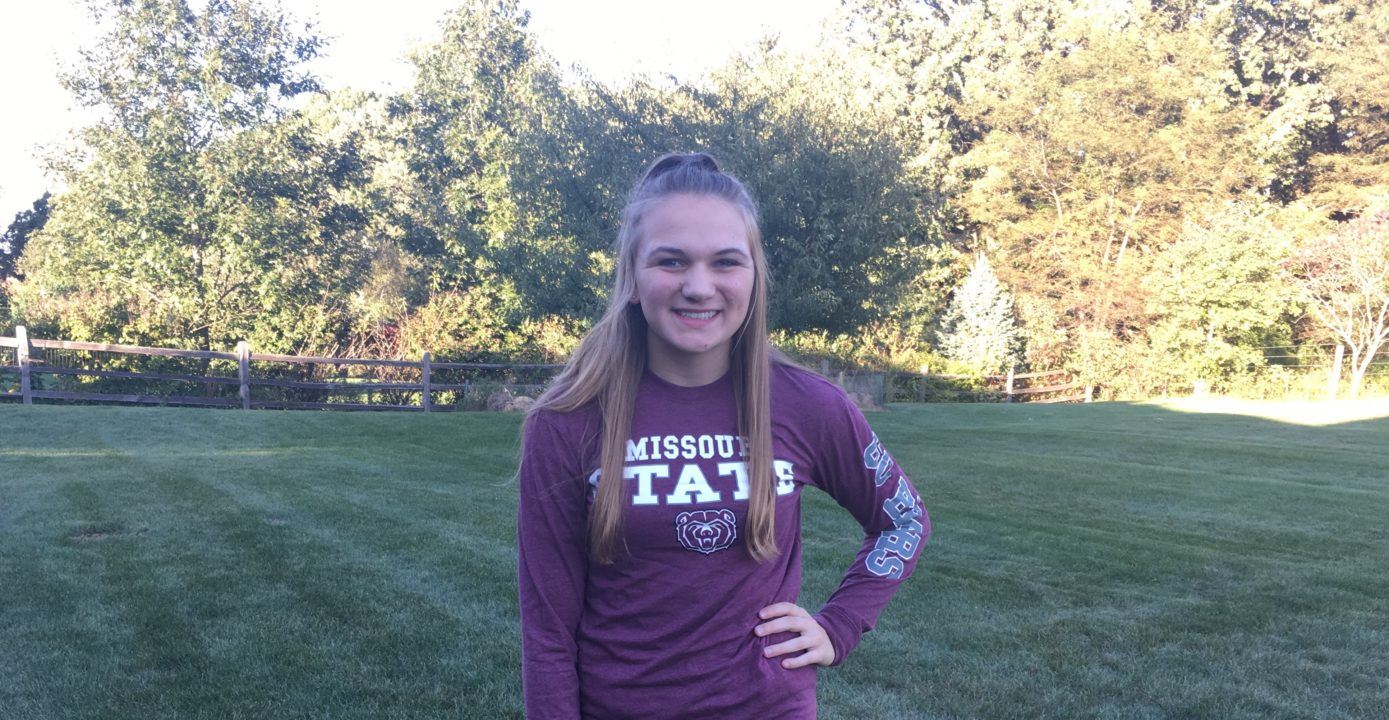 Taylor Beadle, a freestyle standout from Muscatine, Iowa has given her verbal commitment to the Missouri State Bears.  She plans to pursue a degree in Exercise Science during her time in Springfield, and will most likely play an important role in the future of the program that coaches Dave Collins and Chelsea Dirks-Ham are building in the Queen City of the Ozarks.

Taylor has trained under Chris Freeman and Richard Salhus for the Iowa Flyers, and she currently holds the IFLY 15-16 Team Record for the 50 freestyle in long course meters and short course yards.  She is a Winter Junior Nationals Qualifier and has returned for second swims at USA Swimming Futures and the NCSA Junior National.

Her current best times in the 50 and 100 freestyles would have scored deep into the B-final at the 2015 Missouri Valley Conference Championship, but Taylor’s 200 freestyle would have landed at 4th place on the podium and would have also earned her a spot on the Lady Bears’ 800 freestyle relay as well.  Taylor’s value on relays could develop even more as she matures and could make her a game changer in Missouri State’s quest to take back the MVC Title from the Southern Illinois Saluki’s.

“I chose MSU because Dave and Chelsea were very connecting and run a great swim program.  The team was very inviting and included me, even as a recruit.  I felt very welcome and at home.”

I heard many excellent swimmers from Brazil will start 2017 season in the United States, many of them already have given verbal commitment including the highlight of the junior from Brazil…