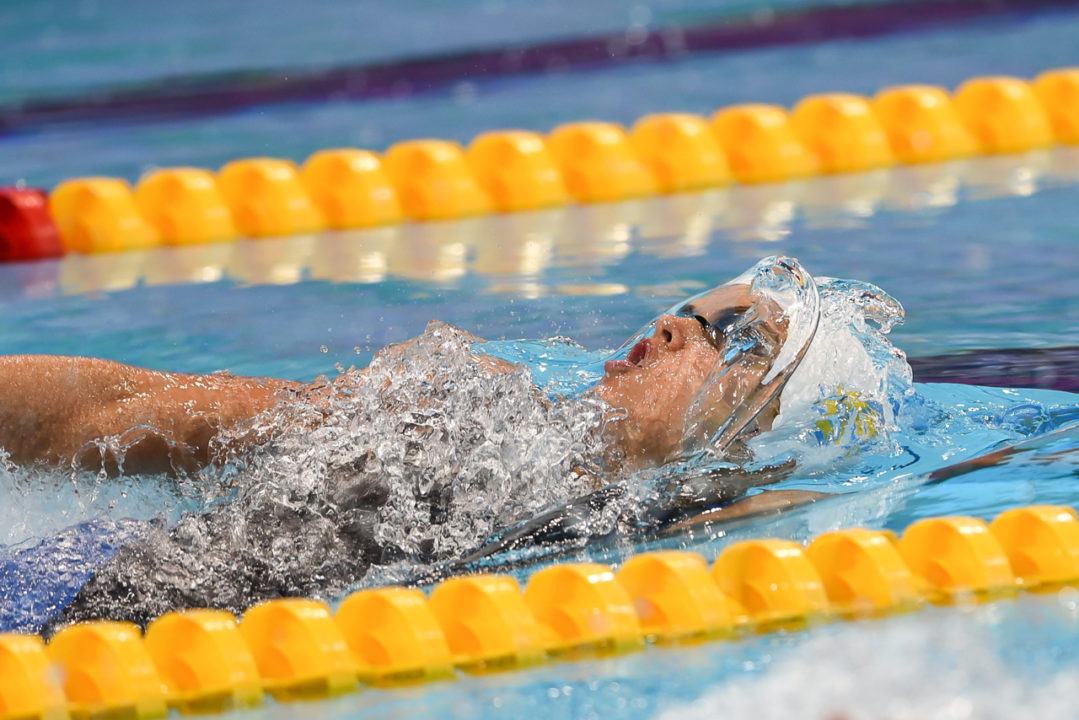 Daryna Zevina swam a season-best 2:10.16 in the 200 back on day 1 of the Latvian Open. Archive photo via Peter Sukenik/www.petersukenik.com

The 2018 Latvian Open Championships opened on Tuesday, with one national record falling by the wayside. There was also a few notable swims from international swimmers.

In the men’s 100 breast, Vladislav Mustafin of Uzbekistan had an impressive showing to win in 1:01.76, defeating Latvian National Record holder Daniils Bobrovs (1:03.25) handily. Mustafin’s countryman Khursid Tursunov had a win of his own in the 50 free, clocking a time of 23.09 to finish less than two tenths off his own national record.