Ian Finnerty was Aiming to Go Fast in DC (Video) 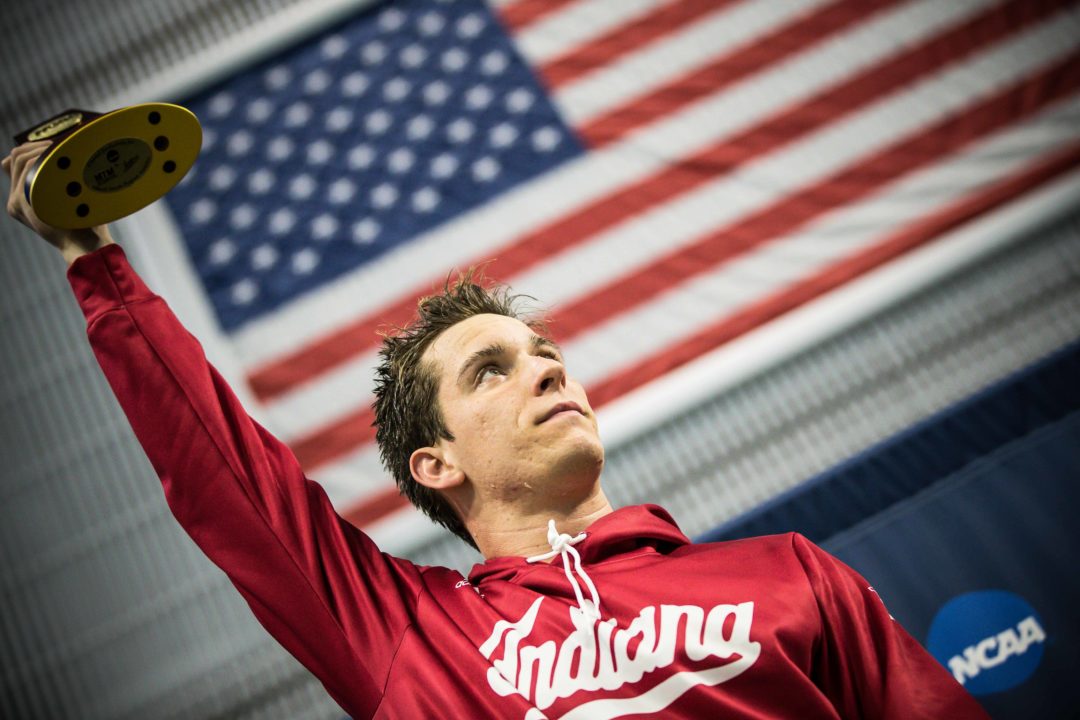 Finnerty’s time appears to be an American Record, breaking the mark of 26.10 formerly held by Michael Andrew, who also got under his old time with 26.09 Current photo via Jack Spitser/Spitser Photography

There looked to be a few different swimmers who had a chance coming down the stretch, but it was the Current’s Felipe Lima who got his hand on the wall first with a 25.92. Ian Finnerty of the Tridents was right behind with a 25.99, followed by the Breakers’ Michael Andrew in 26.09.

Finnerty’s time appears to be an American Record, breaking the mark of 26.10 formerly held by Michael Andrew himself.

The men’s breaststrokes have been significantly stronger among European teams, with only one American team registering a top-two performance in this 50 breast during the four group matches. LA’s Felipe Lima was the runner-up in Lewisville, and carried the win here in a tight race with DC’s Ian Finnerty. Lima’s time is the second-best swim in that event across the ISL, just a tenth back of Adam Peaty’s league-leading 25.85. Cali leads the team race early, but LA is keeping things very close. There’s not a lot of drama, as those two teams are pretty well locked into the Las Vegas final, but the team battle still carries some prestige, and obviously the athletes are going after top prize money.

Ian Finnerty went out like a rocket, touching under world record pace the 100m mark, and held on to win by over a second, with a world-leading time of 2:02.76 for the Trident. The Breakers’ Marco Koch was only 6th after the first 50, but steadily narrowed the gap from three, ultimately touching 2nd in 2:03.79, followed by the Current’s Will Licon with a 2:04.09.

Ian Finnerty is a mercurial swimmer – he seems to swim really well or really poorly depending on where he’s at in a training cycle. Finnerty blasted the fastest time in the ISL this season by more than a second here, riding a massive front half and holding on for the win even with Marco Koch charging. Both DC and New York didn’t get much from their second swimmers, but racked up the points with their top entrants. The LA Current went 3-4 in probably the best team showing. Cali continues to lead LA, and the New York Breakers are up on the DC Trident, but this final relay is going to have a lot of impact on team scoring.