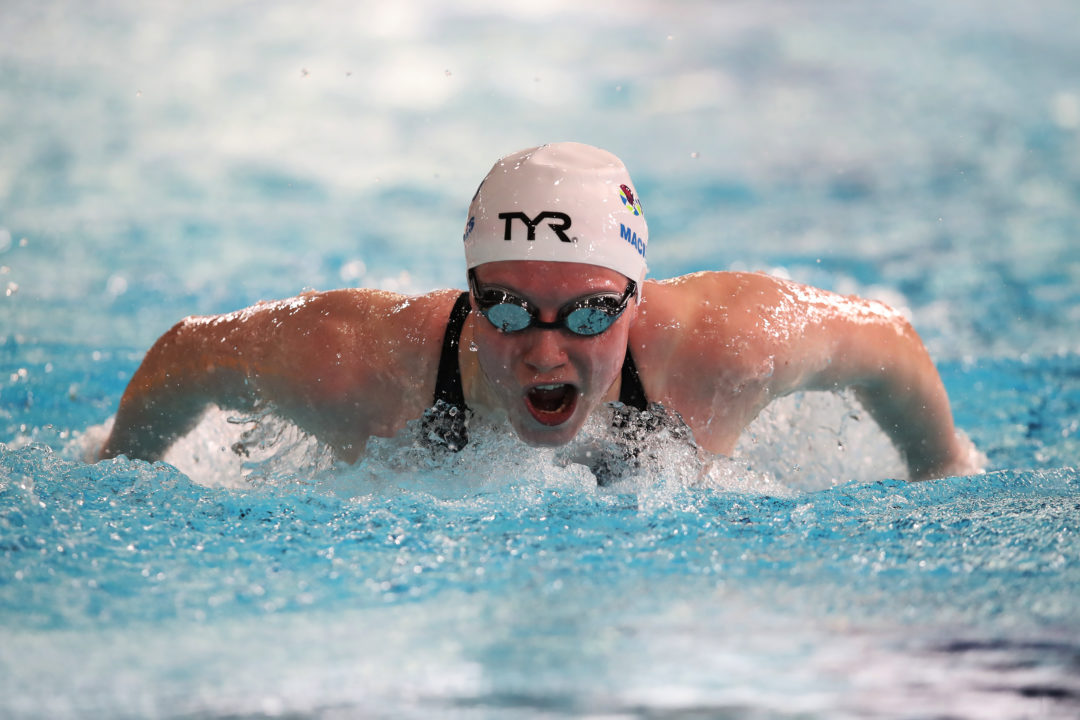 Catch up on the action from Scotland where swimmers such as Keanna MacInnes raced at the 2022 Glasgow International Swim Meet. Archive photo via Ian MacNicol for Scottish Swimming

Swimmers stemming from throughout the UK and Europe took advantage of the racing opportunity, with the World Championships, Commonwealth Games and British Summer Championships on the horizon.

Loughborough’s Charlie Hutchison took home two IM gold medals, standing atop the podium in both the 200m and 400m distances.

On his 4IM result, which came on night 1, Hutchison said, “I just wanted to be really aggressive tonight – the heat swim got the cobwebs out the system, but I knew I had to bring that aggression out for that one and I definitely suffered for it, I’m very sore!

“With Duncan [Scott] not racing that one it meant I had a chance for the victory, but as always I just raced my own race, and managed to lead from the front.

Another multi-event winner came in the form of national record holder Keanna MacInnes. The University of Stirling swimmer notched a time of 59.10 to win the 100m fly while she also nabbed the 50m in 27.09. MacInnes completed her trifecta of victories with a mark of 2:10.70 in the 200m.

Reflecting on her performances here in Glasgow, MacInnes said, “A lot of this period of the season is just playing around with tactics. It’s been picked up recently in training that when I’m doing pace sets, that if I start of more chilled and then build my stroke up then I get a lot better results, with less effort. That swim showed that it was working, I think it was quite positive.”