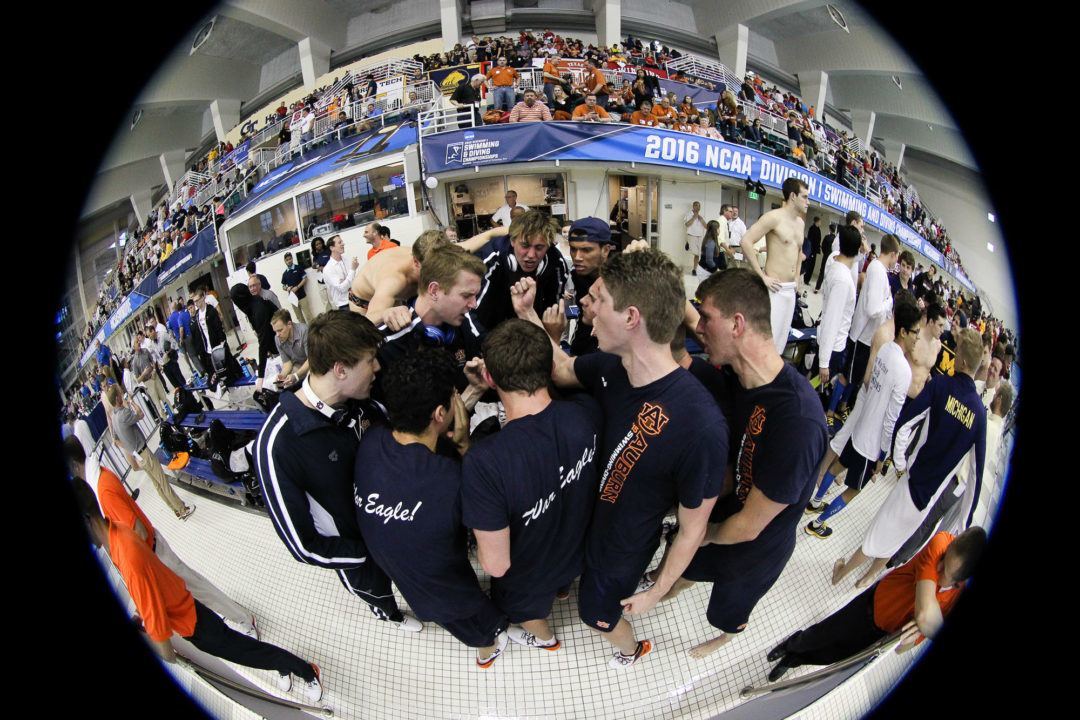 Christian Ginieczki, who is a month away from the last day of his junior year at Herndon High School in... Archive photo via Tim Binning/TheSwimPictures.com

Christian Ginieczki, who is a month away from the last day of his junior year at Herndon High School in Virginia, has verbally committed to the Auburn Tigers.

“I chose Auburn University because I could instantly feel the family atmosphere the team had,” Ginieczki said. “That, combined with the success of the program and the great educational opportunities the school provides, made it clear Auburn was the school for me.

Ginieczki, who trains with Machine Aquatics in Virginia, is primarily a butterflier/backstroker who tends toward the 200 yard race of both strokes, but can swim the sprints as well.

Ginieczki sprung forward during his junior season, where he improved his lifetime best in the 200 back by 3 seconds and in the 200 fly by 6-and-a-half seconds. His times in both races right now put him about a second away from scoring at the SEC Championships.

He placed 2nd in the 100 fly at the 2016 Virginia State High School League Championships in Class 6A, where the state’s largest schools reside.

Again …….so how is it that a junior can commit to a school where there’s been no discussion of scholarship or even if the school “would” accept him as a recruit? All these junior early commitments seem very concerning. What happens if Auburn doesn’t offer a spot? What happens if Auburn gets commitments they didn’t expect? You almost have to wonder have the coaches at Auburn have made “suggestions” that he’s a candidate for the program.

Coaches can e-mail Juniors beginning September 1st. Prospective student-athletes can take unofficial visits whenever they want. Plenty of ways within the rules to communicate, even before July 1 of the summer before their senior year. Nothing to be concerned about here.

Have you heard of Sergio?? He’s coaching there now there will be a lot of people going now!

Hawke is still the head coach…. Don’t think Sergio would coach EVERYONE…. Or maybe he will and not letting anyone else coach

Hawke won’t be the head coach for long. 1 of two things are going to happen…

1) Hawke lets Sergio do what he wants, he builds the program into a contender at SECs/NCAA’s, Auburn pushes Hawke out and gives head coaching position to Sergio
2) Hawke trys to control Sergio, Sergio leaves, Auburn continues to be disappointing.

Grab your popcorn everyone this is going to be good.

So true! I live near Auburn it will be fun to watch

Take a look at the picture for this article… Two of the auburn swimmers in the photo no longer swim for that team. Two NCAA qualifiers in one season? Kind of makes you wonder… Poor kid