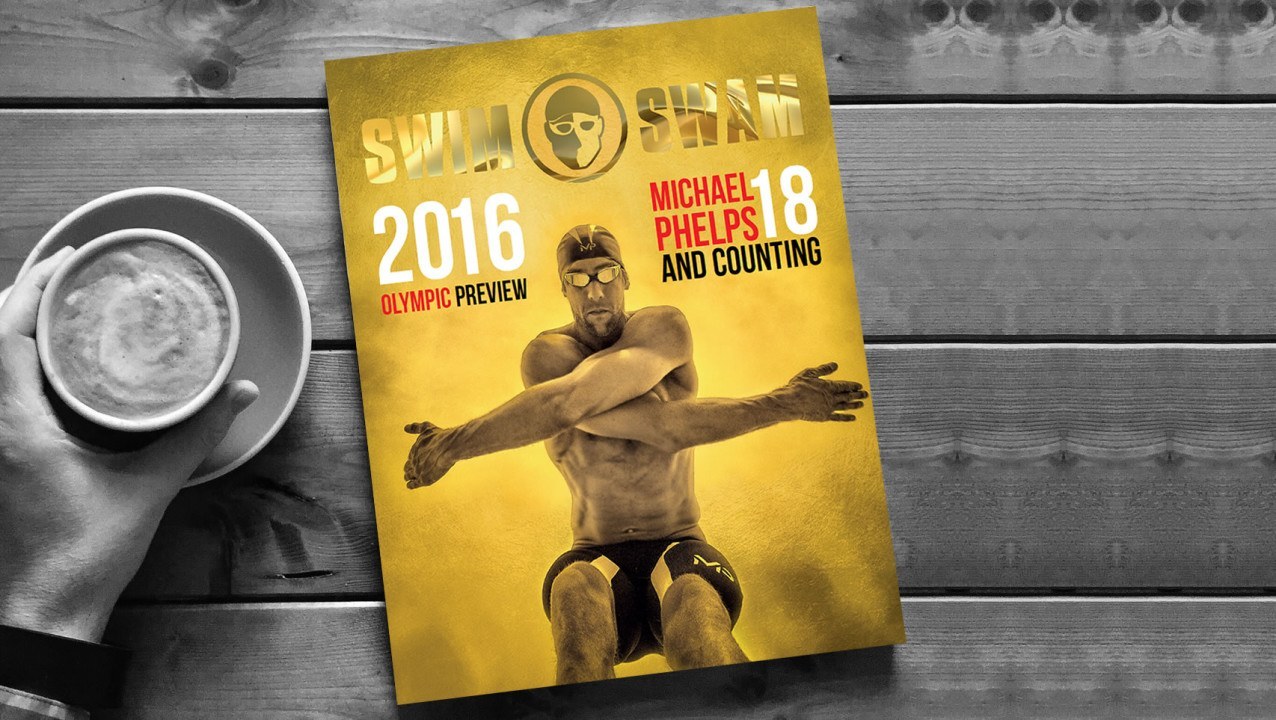 This is the one magazine you want to celebrate and remember Olympic swimming in 2016. Current photo via Mike Lewis/Ola Vista Photography

With so much demand for the 2016 GOLD COVER issue, we printed another run.

You can now get the 2016 Olympic Preview issue here with the Michael Phelps gold cover through August 15th.

The 2016 Olympic Preview  has everything you need to know to fully understand and enjoy the Olympic Games.  It is an encyclopedia of Olympic insider info every swim-fan needs to dive deeper on the biggest moment in sport.

Profiles on Olympians are exact and insightful.  We reach back and looking forward with a keen eye to enhance the drama which makes our sport so great. Katie Ledecky, Nathan Adrian, Ryan Lochte, Caeleb Dressel, Ryan Murphy, Missy Franklin and many, many more are be covered.

****If you live in the United States and you want the 2016 Olympic Preview before the Olympic Games swimming competition starts August 6th, you must buy by July 12th. If you buy by July 20th, you might receive it in time, but we cannot promise it. If you live outside the of the United States, you will not receive in time for the Olympic Games, but you will appreciate owning this issue for years to come.