How The Race Club Analyzes Freestyle 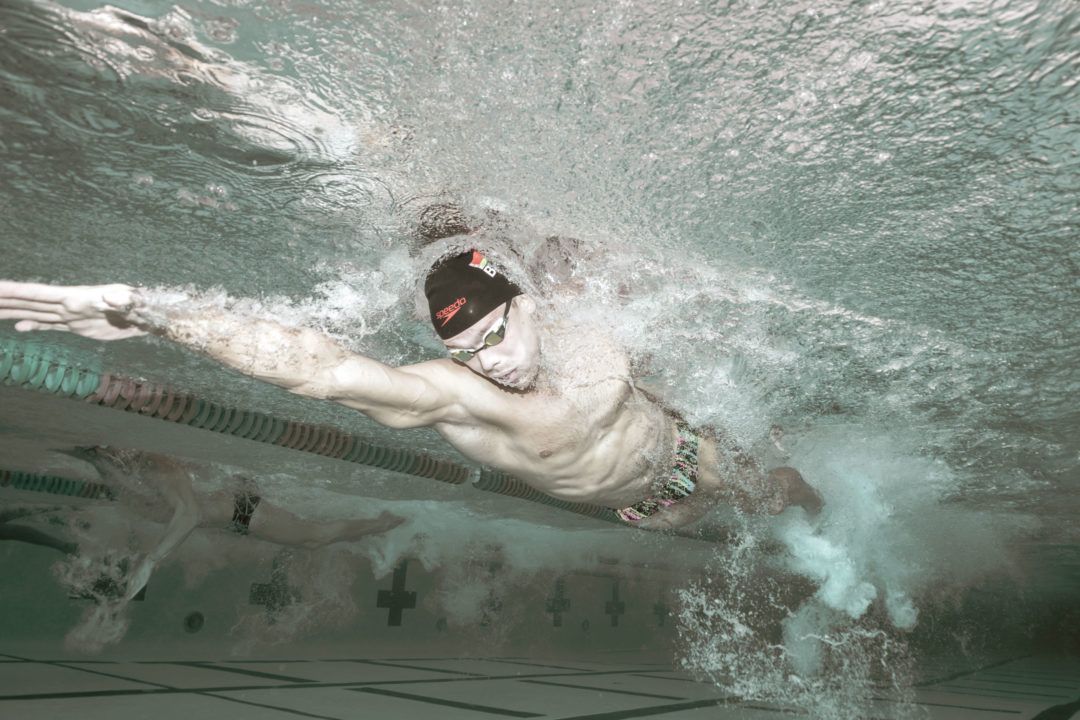 FINIS Set of the Week: The Phantom Menace

The only redeeming part is the action sequence at the end.

The latest updates include enhanced Team Fundraiser capabilities and a free SwimOutlet+ Membership for team members.

Summer swim camps are filling up fast. See these 27 camps you might love, which are headed by some of the best coaches in swimming.

SURGE Strength is hosting another FREE dryland opportunity. Mark your calendars to attend the Core Training for Swimmers Webinar.

At Florida FAST, we are committed to developing the entire swimmer with the vital mental, technical, and physical conditioning.

Using the Velocity Meter (VM – AP lab Italy) and the Smart Paddles (SP – Trainesense Finland), we measured Arty’s velocity, acceleration, deceleration, and the forces from his pulling hand in all three vectors – vertical, lateral, and backward (propulsion). All of these metrics are recorded at each .02 seconds during the same swim study.

In the VM study (right video), there are three peak velocities that occur during each freestyle pull with shoulder-driven freestyle technique. These peak velocities coincide with the peak propulsion forces that occur from the kick, as the two feet cross paths during the kicking cycle. That is when the freestyle kick generates the greatest amount of propulsion. With Arty, these peak propulsion forces are different with each pulling arm.

The VM study (right) shows three peaks of velocity occurring with each pulling hand. In the green curve above (yellow line), his first peak velocity from the right hand is consistently lower than with the first peak of the left hand because he extends the right wrist backward, losing propulsion.

The extension of the right wrist causes a loss of propulsion (left video, white curve graph below at green line) and a subsequent loss of velocity (right video, green curve above at yellow line).

Arty consistently achieves greater propulsion with his left hand (left video, red curve on graph below at green line) compared with his right hand (white curve). This peak propulsion force is greater because his left wrist is in alignment with his forearm with fingers pointing down. This peak propulsion coincides very closely with the peak acceleration noted in the right video (orange curve below at yellow line).

When we take the difference between the lowest trough and the highest peak velocities (∆PT) achieved with both arms, which is an indicator of the amount of propulsion generated from each arm, we find that the greater difference with the left arm coincides with the greater propulsion recorded with the smart paddle on the left hand.

From each VM study we derive the peak and trough velocities for each arm pull. We then take the difference between the two (∆PT) to assess the propulsion of each arm. The ∆PT is greater for the left arm which is consistent with the greater peak propulsion recorded with the left hand.

In summary, we find two important technical mistakes that Arty makes in his freestyle pulling motion. First, he extends or dorsi-flexes his right wrist in the early propulsion phase. Second, he in-sweeps too much with the left hand after his peak propulsion occurs near the shoulder. Both of these errors in technique lead to a loss of propulsion and a subsequent loss of velocity in his swim.

Neither of these errors in technique are easily observable or measurable from the deck. Technology can help make us better coaches.

I thought the article was very well written and informative. Thank you!

Need to do a better job explaining the graphs and photos. Totally incomprehensible.