How Difficult Is It To Win Multiple Olympic Gold Medals In Individual Events? 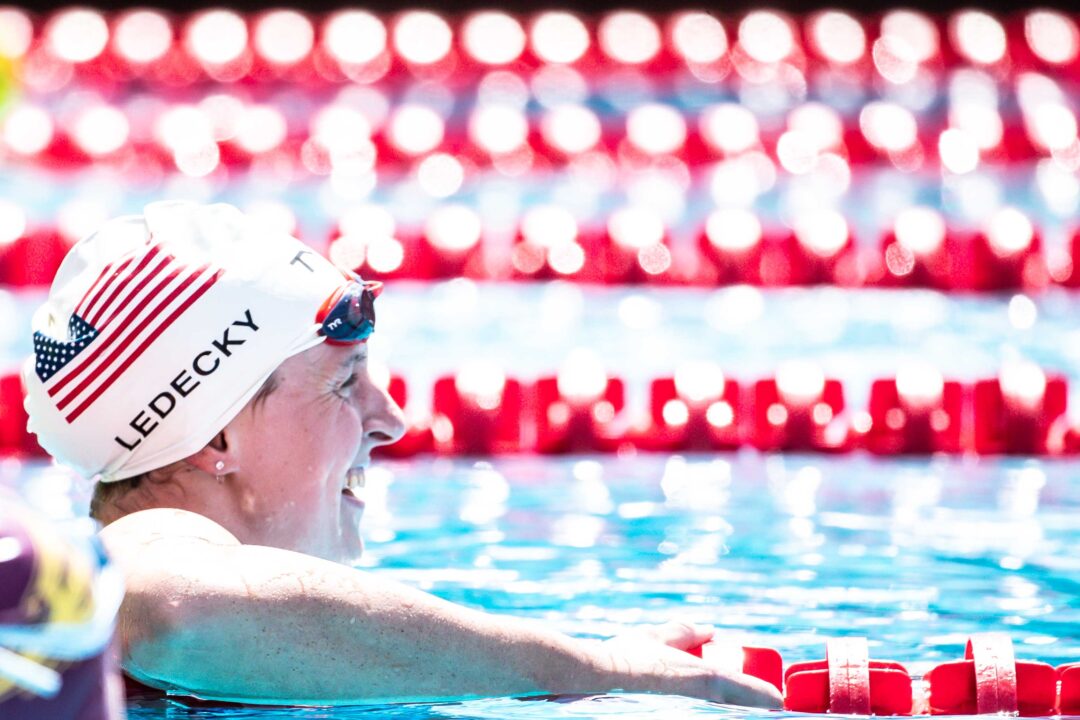 Over the last four Olympic Games, Michael Phelps has won so many medals that some people might think that winning multiple medals at the Olympics is not a difficult task.

But it is. Especially when we talk about gold medals in individual events.

Instagram’s Swimming Stats page has published the swimmers with the most Olympic gold medals in individual events. Phelps is a clear outlier, with 13. But, before Phelps, only one swimmer had won five individual events at the Olympics. Winning four or five gold medals is a task for a few.

Let’s put this into perspective. Speaking only of individual events, almost 8,000 athletes have swum at least one event at the Olympic Games. Only 327 of them have won at least one gold medal. 93 of them have won multiple medals. And, as you can see on the post, only 12 have won four medals or more.

(In fact, Egerszegi could have won six gold medals. In 1996, her backstroke lead-off time in the 4×100 medley relay was faster than the winning time in the 100 backstroke final, an event she opted not to compete in.)

So, in the future, when you see a swimmer winning their fourth gold medal in an individual event, you’ll certainly be watching a swimming legend.

Katinka Hosszu has three gold medals, and she can equal or even surpass Egerszegi if she wins at least two gold medals in Tokyo.

Katie Ledecky needs to win “only” two individual events in Tokyo to move into the #2 spot, which seems very likely. Best case scenario, she’ll win the 200, 400, 800, and 1500 free, and will have eight gold medals in individual events. An impossible feat, some would say 20 years ago. After all, it took 100 years for the Olympic Games to see one single swimmer, Krisztina Egerszegi, win five gold medals. Swimmers like Michael Phelps, Katie Ledecky and Katinka Hosszu are truly raising the bar.

As someone has pointed out, a swimmer with no Olympic gold medals is five medals behind the second ever, who is eight medals behind Michael Phelps. So it is easier to move from last to second than it is to move from second to first.

Let’s not forget there are a lot more women’s events these days.. Fraser, who won the 100m three times could have won the 50/200 three times as well for nine individual golds!

Egerszegi Is one of, if not THE, most forgotten GOATlevel talents. She had an almost Mary T/Janet level WR but had the longevity neither of them had. She won ‘96 by a record margin so it’s not inconceivable that she swam til ‘04 winning or medaling across 5 Olympics and still only be 30 years old.

I think her winning margin in the 200 back in Atlanta is still the largest for an event 200 meters or under in Olympic history.

Egerszegi missed out on the 100 back in Atlanta, but that’s just a big IF. Her flip turned100 split on the 200 back would have been enough for Bronze, and 0.9 less for the gold.

Fun fact: in a parallel universe without Phelps, Cseh would have won 4 golds

Shane Gould in 1972 won three gold all in WR, one silver and a bronze in individual events.

It was half of a century ago. The women competition was in embrion stage of development. The world records got changed each month. It was possible to hold simultaneously world records from 100 through 1500. Plus uncontrollable drugs. Wild West.

I think 5 individual medals is an outstanding achievement for a 15 yr old girl, and I do not believe she was on drugs either!

It is very hard to win even one individual event Olympic gold.Of the 44 combined Olympic medals of Dara Torres, Jenny Thompson, Natalie Coughlin, and Allison Schmitt won in 15 combined Olympics, only three were individual event gold. Amanda Beard, four Olympics, one indiv gold. KLJ, Beisel, Hoff, nada in 8 Olympics. These are some of the greatest swimmers ever. And btw, it’s not just hard in swimming. Allyson Felix, four Olympics, one indiv event gold.Serena Williams, three Olympics, just one singles gold.

But of the ones you said before.. most they were not the favorite for individual event. You had Inge de Brujin and others who were favorite.

Probably the only extra gold there could be Thompson against the chinese.

Also Felix was not a better 200m track and field than Veronica Campbell when Campbell was on her prime.

Serena was only the top seed on Tennis on 2016.

A better comparison would be Sergei Bubka who was always the red hot favorite. Or someone like Sotomayor, 2 boycotts and one olympic games injured.

Can someone explain how Hosszu can be so definitively written off for gold in the IMs, her times this year have not been what they used to be. But at the last WC in 2019, she off off her game by her standards but still had enough of a cushion to win golds.

not that difficult. I have several 8 and unders with the potential to do it in my group right now, so long as their future coaches keep them swimming 80-90k/week (meters not yards of course)