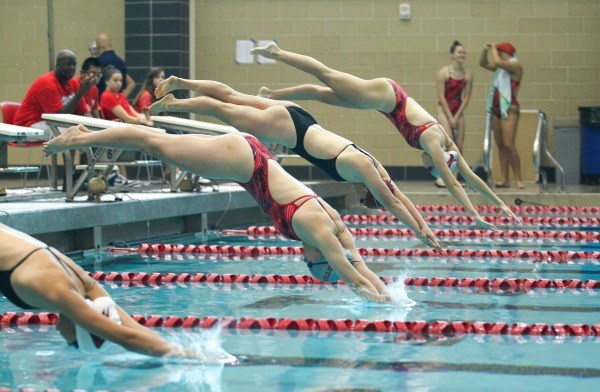 “This is a challenging schedule ahead of us with some familiar and new opponents,” said Wochomurka. “We were strategic in giving a young team an early test against perennial powerhouse SMU and UNT at home, and then going on the road to race fearlessly at altitude against CSU and Northern Colorado all in a 13 day stretch in late October. We are hopeful that experience can provide the toughness to carry through Championship season in February at SMU for the AAC Championships, and the NCAA Championships in March.”

The defending American Athletic Conference champions will open the 2017-18 season Sept. 29, in Dallas at the North Texas Relays for the third consecutive season, before heading down to San Antonio to face Incarnate Word.

The Cougars will open their home slate on Oct. 20 when they welcome conference rival SMU, followed by a visit from North Texas Oct. 21. The squad will then embark on a two-meet trip to Colorado to face Colorado State on Nov. 3 and Northern Colorado on Nov. 4, before returning to Houston to host the 8th Annual Phill Hansel Invitational across Nov. 16-18 at the CRWC.

The Cougars will make a return trip to the AT&T Winter National Championships on Nov. 30 to close out the 2017 slate.

For the remainder of the regular season Houston will remain inside the friendly confines of the CRWC, starting with a Jan. 19clash with Southeastern Conference foes Arkansas and Vanderbilt.

Houston will continue its home stand with a Quad Meet where they will face the likes of LSU, Rice, and Tulane on Jan. 26-27. UH will close out the regular season at home with a First Chance Meet on Feb. 10.

UH will kickoff the postseason Feb. 14-17 when they defend their conference title in Dallas at the 2018 AAC Conference Championships. The Cougars will have a chance to qualify for the National Championships at the Championship Qualifier on Feb. 23-24, before NCAA Diving Zones take place Nov. 5-7 in Columbia, Mo. The newly sanctioned CSCAA Invite will take place March 8-10 at the United States Naval Academy.

The 2017-18 NCAA National Championships is being hosted by Ohio State at the McCorkle Aquatic Pavilion in Columbus, Ohio.

Fans can keep up with the latest in University of Houston Cougar athletics by following us on Facebook (Facebook.com/HoustonAthletics), Twitter (@UHCougars), Instagram (houstoncougars) and YouTube.com(Youtube.com/UHAthletics). In addition, the swimming & diving team has established its own official Facebook (Facebook.com/UHCougarSwim) and Twitter pages (@UHCougarSwim), which provide regular updates on the team and live results during home meets.