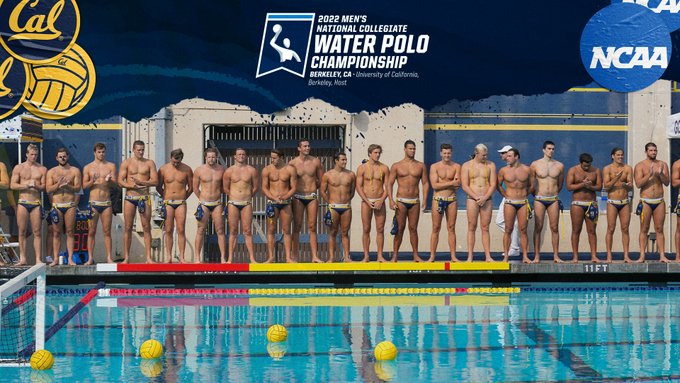 The seven-team field was announced Sunday evening, and the defending NCAA champions were placed directly in the semifinals on Dec. 3. Current photo via @CalWaterPolo/Kathryn Hayne/klcfotos

The Cal men’s water polo team will host the 2022 NCAA Championship as the No. 1 seed and advance straight to the semifinals on Dec. 3 at Spieker Aquatics Complex.

The seven-team field was announced Sunday evening, and the defending NCAA champions were placed directly in the semifinals, where they will take on either Pacific or UC Davis. No. 2 UCLA was awarded the other automatic semifinal berth.

Spieker Aquatics Complex will play host to a pair of opening round games on Dec. 1. In addition to a matchup between Pacific and UC Davis, USC will take on the winner of this Saturday’s initial opening round contest between Princeton and Fordham.

The semifinal winners will meet in the NCAA final on Dec. 4. The championship match will air on ESPNU.

Tickets for the 2022 NCAA Championship at Spieker Aquatics Complex go on sale Monday at 9 a.m. PT and can be purchased by clicking here.