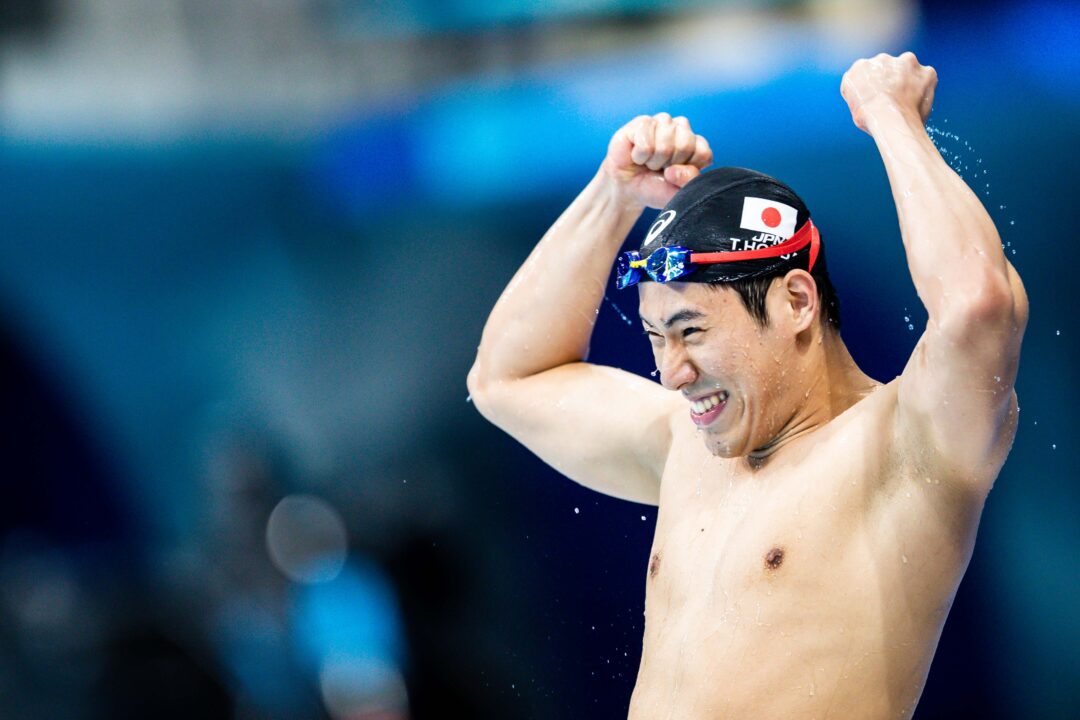 Following up on her 50m free gold from earlier in the meet, the two-time Olympian representing Nihon University won a close battle with Nagisa Ikemoto. Ikee opened the 1freee in 26.70 to Ikemoto’s 26.71 with both winding up at the wall just .09 apart. Ikee stopped the clock in 54.26 while Ikemoto was immediately behind in 54.35.

Another repeat winner came in the form of Olympic medalist Tomoru Honda. After clinching the 200m fly already at these championships, Honda put on a strong showing in the men’s 400m IM, taking the event by nearly 2 seconds.

Honda produced a winning effort of 4:11.29 to earn the victory, a time which easily surpassed the 4:12.20 he logged for 7th place at this year’s World Championships in Budapest.

As a reminder, Honda came down with COVID-19 shortly after that competition and said about on his experience leading up to this competition, “Until the middle of August, my body continued to feel a little sluggish and heavy, and I was more concerned about how to practice in this state and how to survive the tournament.”

Honda was also a member of Nihon University’s meet record-setting men’s 800m free relay which capped off the competition.

Another notable result came from Olympian Shoma Sato, the nation’s record holder in the 200m breast. In this signature event, 21-year-old Sato turned out a performance of 2:08.46 as the only swimmer to get under the 2:10 threshold.

Splitting 1:01.50/1:06.96, Sato’s time positions him just outside the list of top 10 performers worldwide in the 2breast event this season.

I feel like Ikee has been in college for 6 years at this point, like one of those basketball players on Wisconsin who had 3 redshirts.

She did have that cancer redshirt.

Next? brother he is already