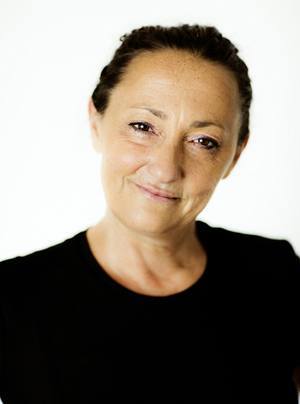 The following is a press release courtesy of the Danish Swimming Federation:

The Danish Swimming Federation’s Sports Department will be expanded in the spring with the appointment of a national swimming coach. The job advertisement was posted on 20 January in both a Danish and an English version.

Since the advertisement has been published, Pia Holmen, Director of the Danish Swimming Federation, has had inquiries regarding the Sports Department’s various future roles and functions.

SvømmeSport (Swimming Sport) has interviewed Pia Holmen, who will clarify who is responsible for what in the Sports Department.

In the future the Sports Department will be made up of six employees, who have the following titles:
High Performance Manager, National Head Coach, National Coach, NTC Coach, Talent
Manager, Sports Coordinator.

[Note: the inteview is below, with questions in bold and Holmen’s answers below.]

Pia Holmen – Firstly, can you please explain what the hierarchy will be in the Sports
Department? Who is the top boss and who reports to whom?
“The top boss is me – hey hey. But joking aside, the High Performance Manager will be the overall head of the department in terms of goal achievement, collaboration with Team Denmark, finance and personnel management of the department’s staff. I am looking forward to Lars Green Bach starting his job on 2nd February. I have been acting High Performance Manager, to the best of my abilities, since Mikkel departed, but I have many
other duties at the Danish Swimming Federation that I have neglected, so I look forward to
Lars starting.”

What will National Head Coach Nick Juba be doing on a daily basis?
“It is very important to emphasize that Nick Juba is still the Head Coach for the Danish Swimming Federation. That was what he was appointed to be and we won’t change that. He has agreed to have greater NTC focus after Shannon stopped, but in the future he will also be responsible for our world-class finalist athletes wherever they are in the world. This means that we need a skilled National Coach who can take care of the strong club environments and swimmers that we have in SvømmeDanmark (Swimming Denmark) and also in some cases abroad.”

Who is going to select the national team for international championships in the future?
“That will be the Sports Department’s staff jointly as a team both in terms of general selection criteria and specific selection. However, it is important to emphasize that our new High Performance Manager and Nick have the last word.”

Will the new National Coach have any role in relation to NTC?
“He definitely will as a member of the Sports Department’s team. Nick and Stefan (NTC Coach) are responsible for the daily training at NTC, but everyone in the Sports Department has a responsibility for the sporting goal achievement which obviously includes the NTC. We still have the 2016 Danish Swimming Plan, but we have just swapped the division of responsibilities around a little.”

When the swimmers are at international championships, who will coach and advise them?
“Nick has the overall sporting responsibility and Lars is in charge of the squad. The two will
jointly decide who is responsible for individual swimmers, but Nick will definitely be responsible for our world-class athletes. Stefan has been promoted and has more authority in the new setup.”

Please explain the role of the new National Coach
“Club development, club development and club development are the keywords. He will have an extremely important role in relation to this. We would like to support the high performance clubs so they can be even better. There is also work with the Great Danes as well as the development and responsibility for the national championships, etc.”

Thomas Stub starts 1st February as talent manager. He takes over from Michael Hinge, who was previously the talent developer. What will Thomas Stub’s job be?
“Thomas will develop ATK version 2, and in collaboration with the National Coach, he will work on the talent development environments in Denmark. He will also be National Junior Head Coach.”

SvømmeSport wishes to thank Pia Holmen for her answers and hopes that the above can contribute to a better clarification of the various staff roles and functions in the future Sports Department.

Where does Chris Desantis fit in all this?…