HardCore Swim of the Week: Hannah Miley adds another piece to a big Scottish swimming summer 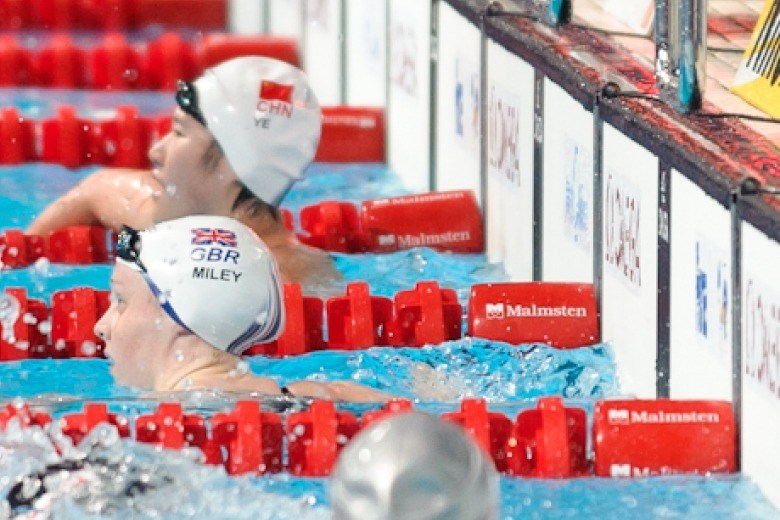 Hannah Miley is helping Scottish swimming rise to the occasion in what's becoming a highly-important summer for the country's swimming culture. Archive photo via Victor Puig

A part of the overall Great Britain Swimming umbrella at nearly every major international competition, Scotland gets a chance every four years to name its own roster for the Commonwealth Games. And in 2014, Scottish swimmers get an added thrill to the usual opportunity to represent their home country – hosting the event itself.

It’s already gearing up to be a big summer for Scotland, as evidenced by the country’s very-large official roster for those Games, announced at 38 swimmers in April, plus the news that spectator tickets to the event have already sold out.

Scotland seems to be looking to produce a very noticeable presence at the meet, entering lots of swimmers in a mix of established stars (Hannah Miley, Michael Jamieson) and rising youngsters (Jack Thorpe). And now Miley, arguably the country’s biggest swim star, has further bolstered that Scottish presence, earning a Commonwealth Games bid in a fifth event over the weekend.

Miley, at 24 already a two-time Olympic veteran, is one of Europe’s best 400 IMers. But she’ll use her home stage this summer to attempt to establish herself as an even more versatile threat after qualifying for the Commonwealth Games in the 400 free in Grand Prix action this weekend.

Miley went a 4:09.91 to dominate that 400 free by over three seconds. She wasn’t far off a lifetime-best, always a promising sign with the Commonwealth Games moving closer and closer. The question now will be what kind of drop Miley can make at the Games themselves – if she can pop off a big swim, she could start her evolution from being a well-respected 400 IMer to becoming a true all-around threat in the vein of Katinka Hosszu.

The Scot will swim both IMs at the Commonwealth Games, along with this 400, the 800 free and the 200 breaststroke, and with a passionate home-country crowd roaring behind her, there’s no doubt Miley has this meet in her sights as the perfect place to take her next major step forward.