HardCore Swim of the Week: Michael Phelps finds his statement swim in Athens 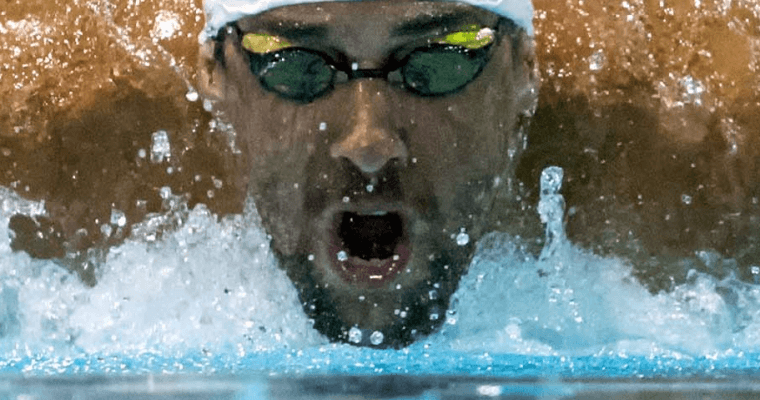 A big comeback swim has been missing, a headline-grabbing time that would really put the world on notice. In Athens this weekend, Phelps made his statement with a 51.67 in the 100 fly. Archive photo via Mike Lewis/Ola Vista Photography

The 2014 “Michael Phelps Comeback Tour” has been all it was billed to be, from quick sprints to sold-out spectator seating. But in the pool, things had been slowing down some for Mr. Swimming as his 100 fly times had started to plateau after a surprisingly-fast start.

The 100 fly, the one clear staple so far of Phelps’ second-career lineup, saw Phelps start at 52.13 at Mesa Grand Prix, tie that time on the nose in Charlotte, then cut just .02 off it at Santa Clara. After that last race in particular, Phelps seemed visibly frustrated with his lack of improvement.

Maybe that frustration was the key, because in his next competition, Phelps finally broke through, blasting his way to a 51.67 in dominating the tough Athens Bulldog Grand Slam over the weekend. Not to say Phelps’ earlier swims weren’t impressive, but his comeback to that point had still lacked the really big breakout swim that would put the whole world on edge concerning his return.

51.67 seconds after the starter’s beep, Phelps had his statement swim.

That time ranks #2 in the world for 2014, and is just .07 out of the top slot. Phelps is no stranger to being at the top of lists, and you don’t get the sense he’s lost his drive to be the best over his year-and-a-half-long retirement.

What might be most exciting are the splits. Phelps was out in 24.3 and back in 27.2 – consider that Phelps, at his best, typically back-halfs his races and you’ll see some intriguing room for improvement over the final 50 as the most decorated Olympian of all-time continues to work his way back into racing condition.

Without even speaking to improvement, if Phelps can merely repeat that time at next month’s nationals, he should be a clear-cut “A” finalist with an excellent shot at qualifying for both Worlds and Pan Pacs. And if he can find some more speed in that 6’4″ frame before Irvine? Then he might be heading back into international competition as the world’s best in an event he’s ruled on the Olympic stage for the past decade.

Hard to argue with this, but Lochte’s 200 IM has to be a close second. There’s been speculation that he might have to give up the event due to the injury, but then he throws down the fastest time in the US this year. I’m hoping for a Dwyer/Kalisz/Lochte/Phelps showdown at Nationals.

It’s the last day of Nationals. Can it hurt him to give it a shot there, even if he doesn’t swim it at Pan Pacs or Worlds? Like I said, I think it could be an epic race.

I agree. There are too many people willing him on to swim a huge schedule. As the greatest swimmer of all time, he almost has an obligation (to his legacy) to focus on quality over quantity. His 100m fly already looks better that I thought it would be, and it remains his best individual event for Rio. Unfortunately for the Phans, I still think that King Chad will have too much for him.

I’m not talking about Phelps having double digit swims in the course of a week. But one event each of the first three days at Nationals, take a day off instead of swimming the 100 back, and then giving the 200 IM a shot on the last day seems at least plausible to me.

king Chad???
u need to be humble dude…

If the last meet is an indicator..when going all out at the fly, he went to have a good.. but not medal level back and not so good free.. 3 events is too much.. even relays.. he should swim only finals..

The good news is that there’s no prelims relays at Pan Pacs.

Where Can I find the overall schedule of Pan pacs?

And Braden you got any idea when the Psych Sheets of YOG will be released? Curious to see who will swim what and how the relays will stack up..

Well…he could train that hard, but he’s choosing not to, which is totally fine. Lochte is older than him though and he’s still going strong. He should try for either 2 IM or 100 back, not both, but just one.

Phelps will be ready for next month, he always pushes himself and strives the hardest. That’s my boy!

yes, and it’s one of the reasons why Phelps is my MOST favorite Olympic swimmer. 😀
Go MP!

Totally agree with Bobo there. Then again, I would love to be wrong!