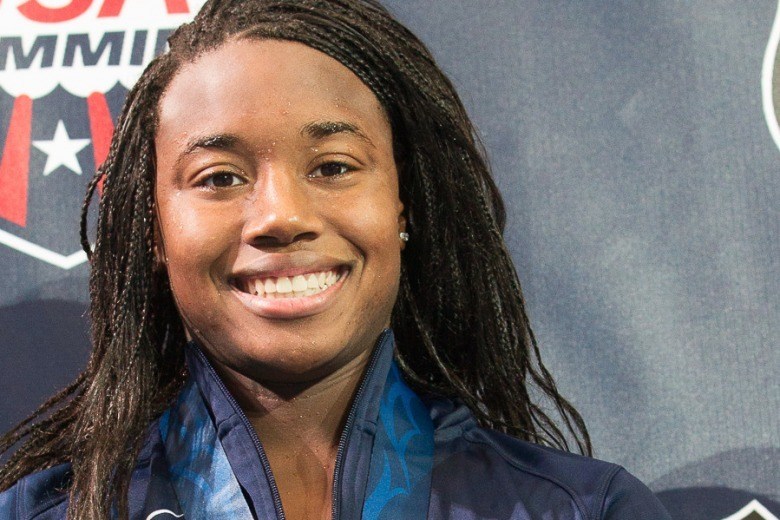 Gulf Swimming, the home to such swimmers as Simone Manuel, will send a team to the 2014 North American Challenge Cup. photo via Tim Binning/TheSwimPictures.com

Despite Canada pulling out of the 2014 North American Challenge Cup, instead choosing to replace it with its own East vs. West dual meet.

So the Cup went searching for a replacement team for this inter-national meet to join Mexico, Southern California Swimming, and Pacific Coast Swimming all-star teams. They have looked to the east and invited an all-star team from Gulf Swimming, which will take place of Gulf Swimming’s participation in an age group Zone championship meet.

Gulf Swimming, which generally encompasses the greater Houston region and most of Southeast Texas, had three age group alumni on the 2013 U.S. World Championship team: Cammile Adams, Simone Manuel, and Michael McBroom. Further, this LSC that includes Texas A&M University, was able to claim breaststroker Breeja Larson among its members at the World Championships.

Great choice! Greats LSC! After we (South Texas) dominated them for past 3-4 years in 14 & U State Champs, they beat us at last LC TAGS. I have great admiration for Woodlands program and all other clubs in Houston area. They are much better in developing sprinters and long distance freestylers then we are, as well as swimmers 15-18. We might have to play catch up for the next few years now.