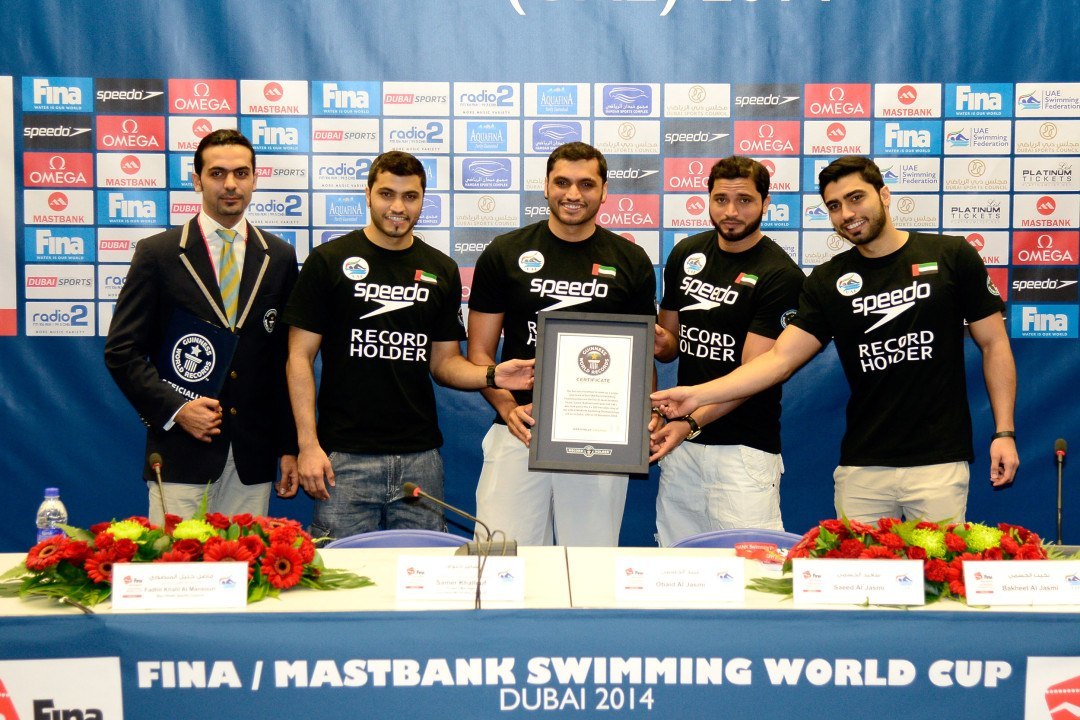 Obaid, Saeed, Bakheet, and Faisal al Jasmi are recognized by the Guinness Book of World Records for being the first group of brothers to make up an entire relay at a Swimming World Championship meet. Current photo via G. Scala/Deepbluemedia

The Guinness Book of World Records recognized the UAE’s Al Jasmi brothers on Saturday, the day before the beginning of the 2014 FINA World Cup stop in their home city of Dubai.

The brothers, led by 29-year old captain Obaid al Jasmi, raced a 400 free relay together at the 2010 World Short Course Championships in Dubai.

There, Obaid, Saeed, Bakheet, and Faisal al Jasmi combined for a 3:35.72 in the 400 meter free relay, placing 14th out of 15 teams that started the race. That swim made them the first set of brothers to occupy an entire relay at a World Swimming Championships.

In an interview given in 2010, Obaid said that “When I was young, I was always dreaming of being in the Guinness Book of Records,” and this year, that dream has finally come true.

On Saturday, after a pre-World Cup press conference, the brothers were presented with a Guinness World Record certificate recognizing the achievement.