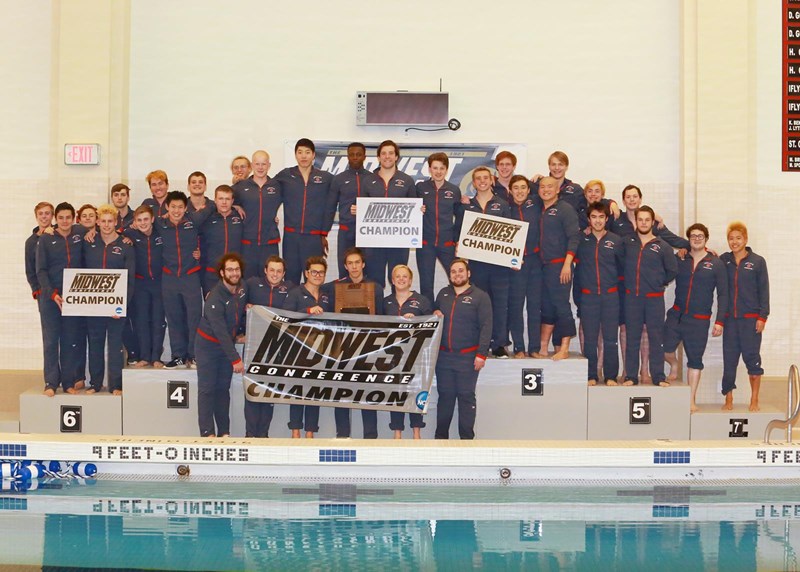 GRINNELL, Iowa — The Foresters of Lake Forest College captured their first Midwest Conference (MWC) Women’s Swimming and Diving Championship title since 2012 and eleventh overall with a total of 898 points on Sunday.

The Pioneers finished in second place just 18.5 points shy of the Foresters with 879.5. Grinnell had six first-place finishes and eight second-place finishes on the weekend. Outstanding Diver of the Year, Sophie Wojdylo finished first in 3-meter diving with a NCAA B standard score of 427.50 and third in 1-meter diving. Outstanding Newcomer of the Year, Kendra Howard finished third in the 100-yard individual medley and fourth in both the 200-yard individual medley and 200-yard breaststroke.

Finishing with a third-place finish in the women’s standings was Lawrence University with 429.5 points. The Vikings took home three first-place finishes, including a MWC record-breaking finish in the 100-yard freestyle by Erin Lengel (52.81), a record she set in 2019 (52.83).