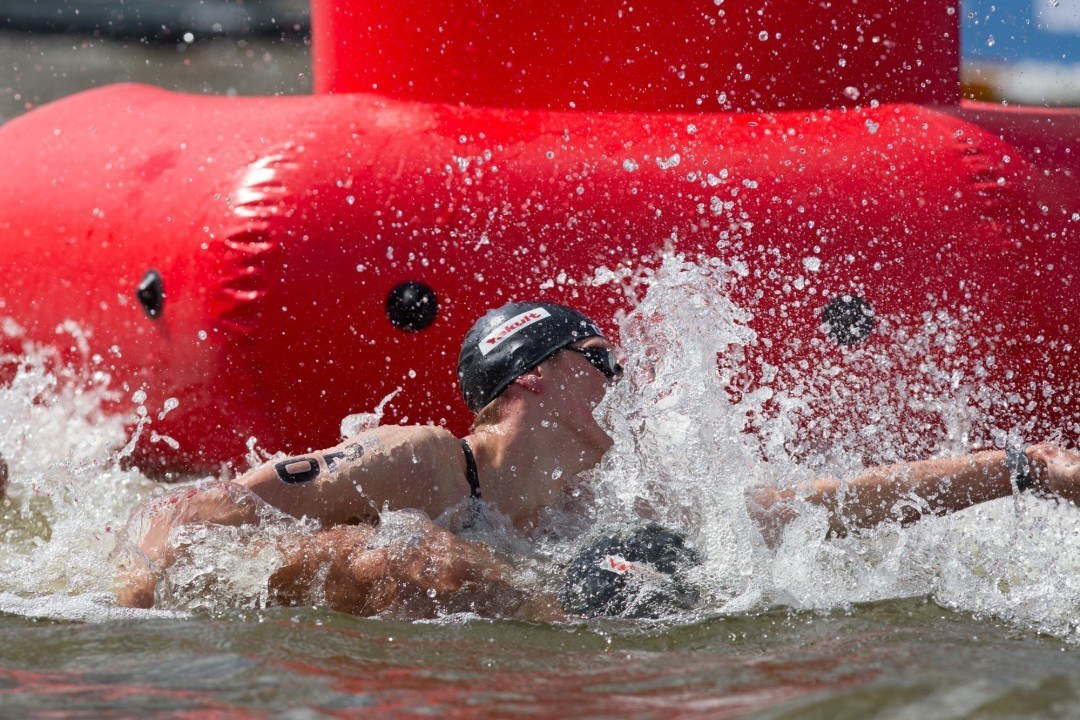 Italy's Martina Grimaldi won gold in the women's 25K, one of three Italian medals between the men's and women's 25K, to help the Italian team dominate the final medal table at the 2016 European Open Water Championships. Stock photo via Tim Binning/TheSwimPictures.com

Italy’s Martina Grimaldi won gold in the women’s 25K, one of three Italian medals between the men’s and women’s 25K, to help the Italian team dominate the final medal table at the 2016 European Open Water Championships.

Italy also won gold in the women’s 10K with Rachele Bruni (who tied for the win with France’s Aurelie Muller) and in the team 5K with Bruni, Simone Ruffini and Federico Vanelli.

The Italian delegation also got a bronze from Arianna Bridi in the women’s 10K, a silver from Vanelli in the men’s 5K and a pair of medals in the men’s 25K.

Reymond’s efforts helped France earn second in the overall medal tally. His gold combined with Muller’s made France the only other nation with more than one gold for the meet. The French team also took a pair of bronzes to sit second with 4 total medals.

Here’s a look at the final medal standings from the event: