Grigorishin: Swimmers Have To “Change Their Mentality” To Become True Pros 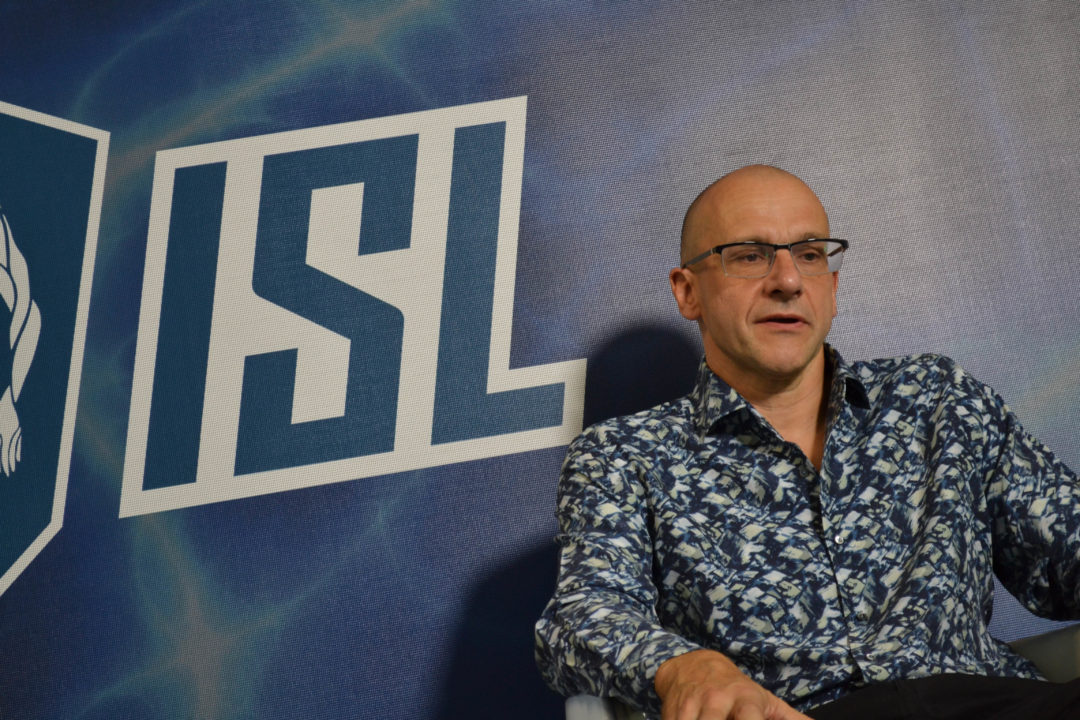 ISL Founder Konstantin Grigorishin thinks that swimmers still have an amateur mindset in terms of their approach to competing. Archive photo via Giusy Cisale

International Swimming League (ISL) founder and president Konstantin Grigorishin believes swimmers are on the right path to becoming true professional athletes, but they’re not there yet.

During the ISL’s official launch of its second season, several details about the upcoming campaign were revealed, including a Q&A session towards the end where Grigorishin was asked which areas he’s hoping to improve on compared to last year.

While touching on some of the league’s goals in terms of growth, the main point the 54-year-old focused on was transitioning the mindset of swimmers in becoming true professional athletes.

“Of course we have business goals, how to extend our audience, how to engage people to ourselves, and we have some parameters for that,” said the Ukrainian native. “But at the same time the major goal of this season is how to change the mentality of swimmers.

“On one side, yes, they are very professional, and they’re humble, nice people. They’re super talented, and they are very committed to what they are doing. They are spending hours and hours every day doing their workout, and it’s a hard workout.

“At the same time, they’re still amateurs. They are not professional athletes in terms of approach.”

Grigorishin then touched on how, last season, some athletes would miss matches due to obligations that normally wouldn’t supersede a pro athlete’s competition.

“Sometimes we have some strange questions from the others,” he said. “‘Oh, I cannot come to this match because I have a birthday of my girlfriend, or I have holidays. I would like to spend this time with my family or with my dog’.

You can watch the full launch of Season 2 below. Grigorishin receives the question at 1:18:20.

My question is why go public rather than speaking with the teams / athletes privately?

Wow, great way of trying to bond with the swimmers LOL

There you have a reason why the ISL might sink

How much do they make?

Average 15k for the season

How would he know?

“ Grigorishin then touched on how, last season, some athletes would miss matches due to obligations that normally wouldn’t supersede a pro athlete’s competition.
“Sometimes we have some strange questions from the others,” he said. “‘Oh, I cannot come to this match because I have a birthday of my girlfriend, or I have holidays. I would like to spend this time with my family or with my dog’.”

I read the article. But he is not a professional swimmer.