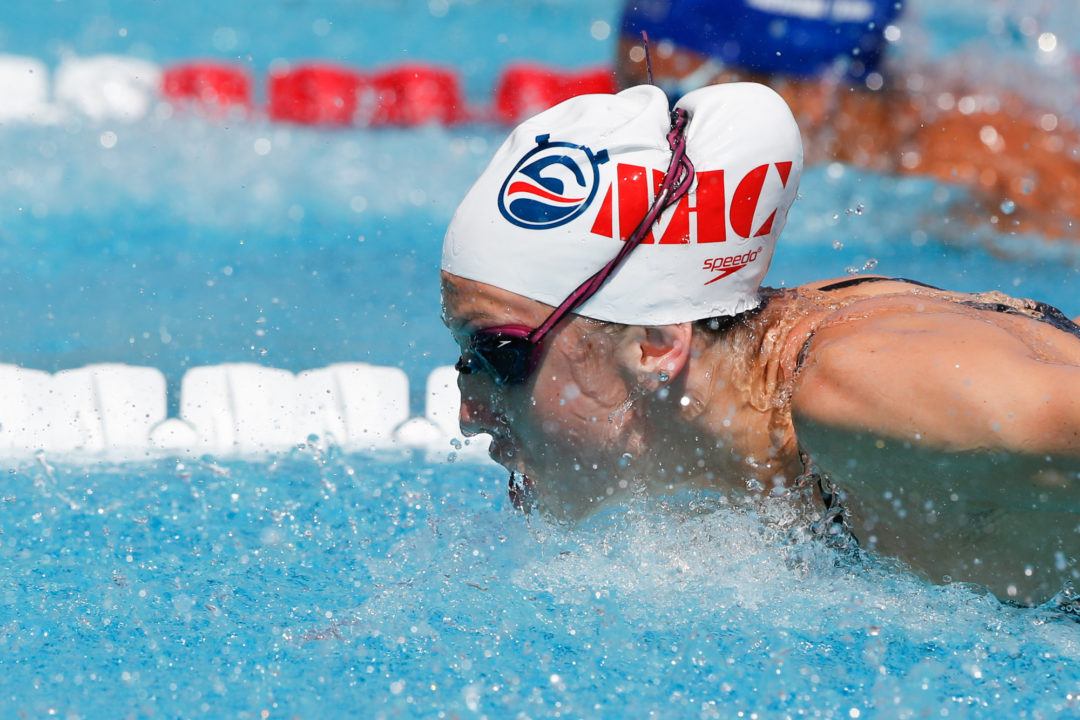 Gretchen Walsh and Levenia Sim each picked up two victories on the final day of competition at the 2021 Southeastern Swimming LSC Championships, wrapping up banner meets for the pair as follow-ups to their Olympic Trials performances in June.

Walsh’s day began with a win in the 50 breaststroke in a new best time of 32.85. That gives her a clean sweep of the 50 meter events this week after winning the 50 fly, 50 back, and 50 free earlier in the meet.

Walsh finished her meet with a win in the 100 free, flat-startting 55.76. That’s about two seconds slower than her best time, done in 2019, but faster than what she swam in prelims of the Olympic Trials. She was expected to advance to at least the semi-finals in Omaha in June, but wound up 28th in prelims.

In total, Walsh came away with 6 individual and 2 relay wins at the meet:

With 6 wins in the maximum 6 individual events, Walsh was the high-point award winner of the meet with 129 total scored. Not far behind her in that tally were sisters Levenia Sim and Letitia Sim, who scored 104 and 100 points, respectively.

15-year old Levenia entered the final day of competition with top 4 finishes in her first 4 individual events, but on Sunday she returned dual victories in the 200 back and 100 fly.

In the 200 backstroke, she swam 2:15.91, which missed her best time by about half-a-second. She followed that up with a best time in the 100 fly, swimming 1:01.46. That cut .09 seconds off her previous best time from an Olympic Trials time trial swim in June.

In total, Levenia Sim posted best times in 4 of her 6 events over the weekend.

The boys’ high point scorer was Mason Mathias of the Birmingham Swim League, who picked up 111 individual points. That included adding a 5th win on Sunday in 6 races by winning the boys’ 200 IM in 2:07.40.

It was a breakout week for the Auburn commit (one of several Auburn commits who performed well at the meet) that swam him huge swim best times in 4 of his 5 victories. The only blemish on his record individually was an 8th-place finish in the boys’ 100 fly to finish the meet, though even there he swam a best time in prelims.

Other Day 3 Winners and highlights:

COVID is over. Let these athletes swim.

Huh they are swimming??