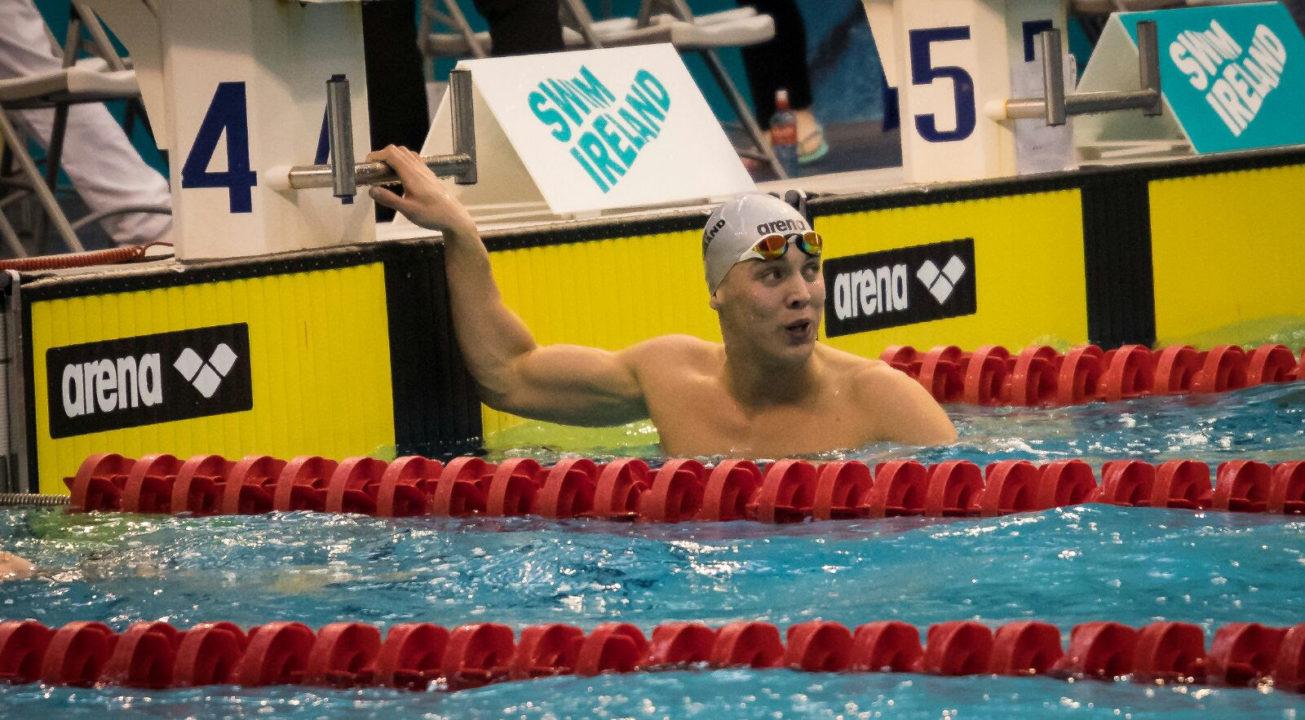 Darragh Greene lowered his own Irish national record in the men's 100m breaststroke competing in the heats of these Irish National Team Selection Trials. Archive photo via David Kiberd

Although Darragh Greene already qualified for this summer’s Olympic Games in Tokyo, the man did anything but rest on his laurels during prelims of these Irish National Team Trials.

The 25-year-old already booked his Olympics ticket by way of his 59.82 time in the men’s 100m breaststroke while competing at the 2019 FINA World Championships. That resulted in a new Irish national record for the National Centre Dublin athlete.

This morning, however, surrounded by Irish performance athletes currently training in recognised onshore training bubbles in the National Centre (Dublin) at the National Aquatic Centre, the National Centre (Limerick) at the University of Limerick and at Bangor Aurora Aquatic & Leisure Complex, as well as those identified athletes of similar standing who are living and training offshore, Greene lowered that down even further.

He’ll race again this evening out of lane 4, potentially pushing 19-year-old Irish junior record holder Eoin Corby to an Olympic-qualifying cut, as teh teen was only .3 away in 1:00.23 this morning.

Greene’s result inserts him onto the worldwide rankings list this season just outside the top 20 performers.