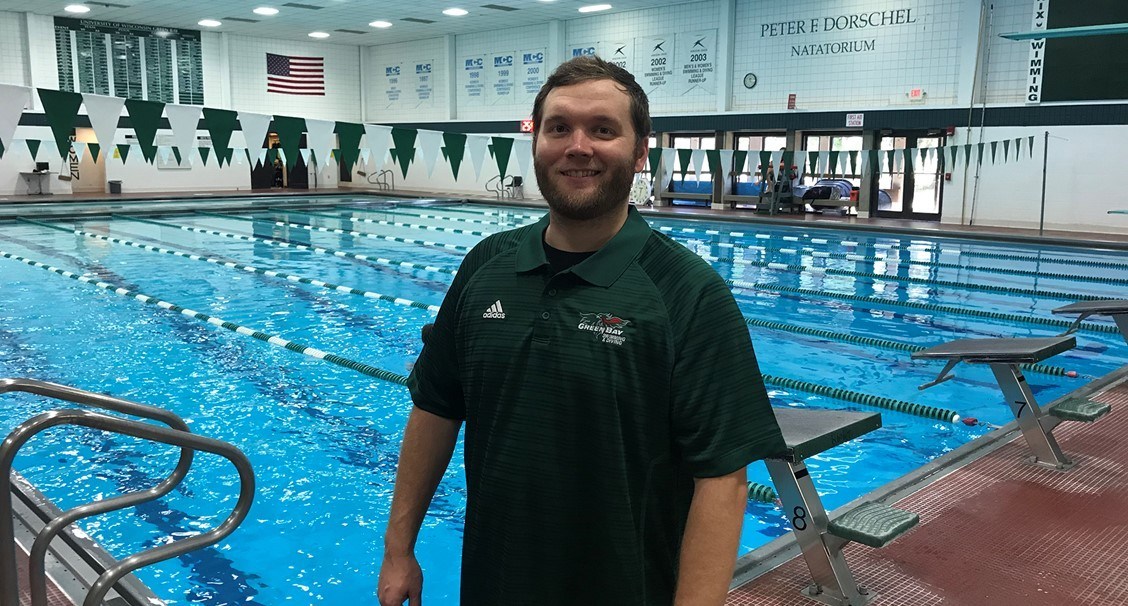 The University of Wisconsin-Green Bay has announced Eddie Gillie as its new assistant coach for men’s and women’s swimming and diving. Gillie comes to the program from Division II Limestone College, where he spent the last 2 years as head coach before the program was cut in April.

In 2018, the last season of Limestone College swimming, the men’s team had their best conference finish in school history, taking 3rd out of 11 teams at the Bluegrass Mountain Championship and sending one swimmer, senior backstroker Jake Minasi, to the NCAA Championships.

Now he’ll make the jump to Division I swimming with Green Bay, where the women finished 6th out of 8 teams at last season’s Horizon League championship and the men’s team finished 3rd out of 7 teams. Oakland won both team conference titles.

Among the top returning swimmers for Green Bay next season will be rising junior Riley Darling, who last year was the Horizon League champion in the 200 fly with an NCAA “B” standard 1:47.88.

We look forward to Eddie’s arrival here in Green Bay,” said head coach Reed Robelot. “His prowess in recruiting, as well as experience in developing great swimmers, will be a big boost for our team. Eddie brings an impressive coaching resume to our program along with a wealth of experience in mentoring student-athletes from both Division II and Division III teams. That versatility across divisions impressed us from day one, and he is definitely ready to take on the world of Division I Swimming and Diving.”

Prior to Limestone, Gillie spent 3 seasons as an assistant with Division III Saint Vintent College in Latrobe, Pennnsylvania, where he primarily coached distance and IM groups. During his time there, the team broke 92 school records and had 20 individual conference event champions. Prior to that, he was an assistant at Division III power MIT.

He swam collegiately at another Division III program, Wheaton College in Nortom, Mass, where he broke 3 school records and was a 3-time Scholastic All-America honoree.

Green Bay will kick off their 2018-2019 season on September 28th with a dual meet against Wisconsin. Wisconsin hasn’t revealed their full schedule yet, but that meet will likely be their first under the regime of new head coach Yuri Suguiyama.

Thanks for the clarification Jon – his GB bio specifically says “in Illinois,” but it appears you are right. I’ll make sure to notify them so that they can update their bio as well.