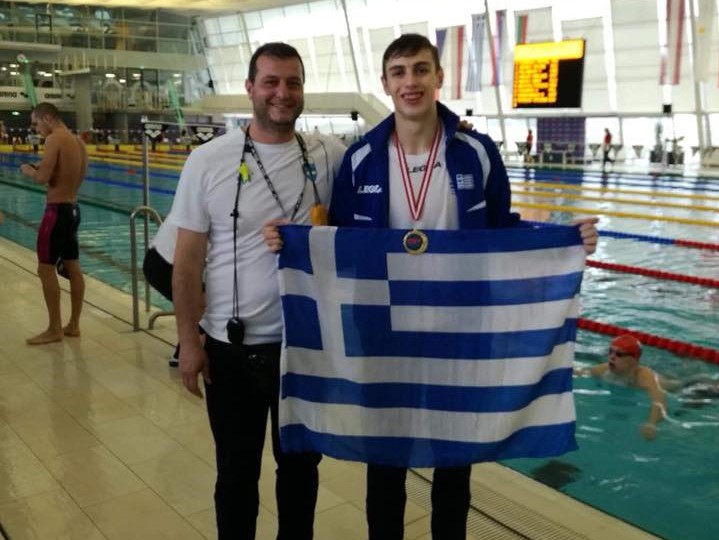 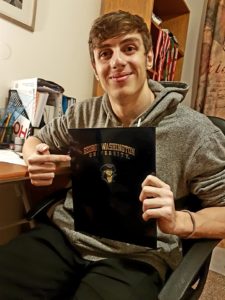 George Aspougalis, a member of Greece’s National Junior Team, has signed an NLI with George Washington University for the 2019-20 school year. Aspougalis is a senior at Thessaloniki High School and will be graduating in June.

“When an International Student Athlete makes a College decision it is not for the next four years only but a decision for life.  I have been fortunate with this opportunity and thrilled to join George Washington University and Coach’s THOMAS Swimming program because it combines in the most harmonious way Academics and Swimming.  Since the early stages of recruiting I felt very welcomed and I strongly believe that everyone at GWU will help me to develop further at a much higher level.”

Aspougalis is a breaststroke specialist. He holds Greek National Age Group Records in the 50m and 100m breast and has represented his country internationally at such meets as European Junior Championships, ISF Gymnasiade, and Multinations Youth Swimming Championships. He won a bronze medal in the 50m breast at International Swimming Meet Penguin ‘19 in Kranj (SLO) in March, going a best time of 28.19 in prelims. In April, he competed at the LEN Multinations Junior Meet in Sursee (SUI). There, he won the 50 breast (28.49) and earned a silver medal in the 100 breast, tying his previous PB of 1:02.79. His best 200 breast time comes from the 2018 Men’s Panhellenic Winter Championships, where he scored a bronze medal with 2:17.74.

Aspougalis’s converted times would have made him the fastest 50 breaststroker on the Colonials’ squad this past season. He would have been 2nd in the 100 breast and 3rd in the 200 breast. He would have joined senior Tommi Wolst and sophomore Charles Sturgeon in the A final of the 100 breast and Wolst and sophomore Youssef Ragab in the A final of the 200 breast. The George Washington men’s team have won the last three Atlantic-10 Conference Championships in a row.