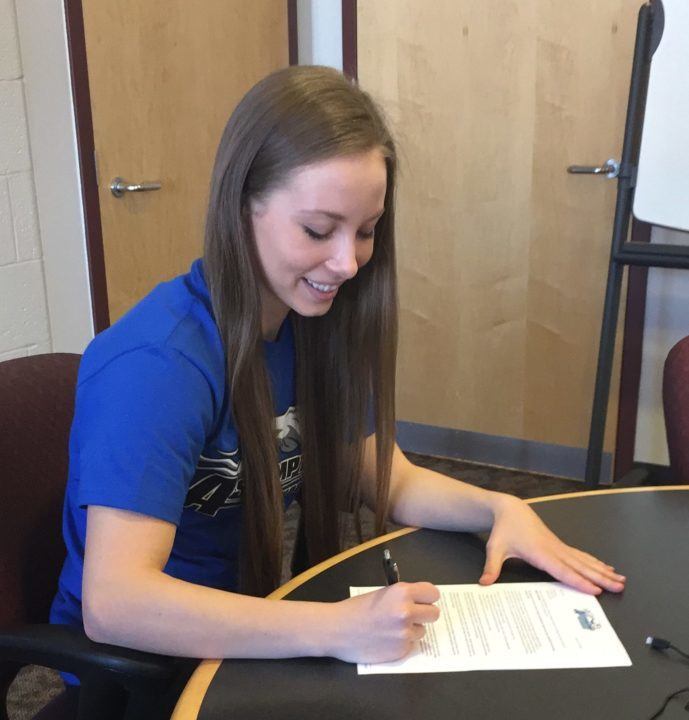 Greater Holyoke YMCA Vikings’ Natalia Kaczor has signed an NLI to swim for Assumption College in Worcester, Massachusetts next fall. Kaczor, a senior at Chicopee High School with a 4.3 GPA, told SwimSwam:

“I chose Assumption because of its outstanding athletics and successful swim team. I also believe Stuart is an excellent coach who will help me excel in swimming and studies, since he is a biology professor. I plan to major in biology or pre-dental.”

Kaczor has only been a club swimmer for two years. Before that she swam with the Chicopee Amberjacks Swim Team, a local park & rec team competing in the Pioneer Valley Summer Swim League in summer and the Pioneer Valley Swim League during the winter season. When Kaczor finally decided to concentrate on swimming, she improved in leaps and bounds. “The first time I broke a minute in the 100 freestyle was freshman year of high school,” she admitted. Since then, she has dropped nearly 7 seconds. Kaczor qualified for YMCA Nationals in the 50, 100 and 200 freestyles and was a member of Greater Holyoke’s winning 2015 New England YMCA 400 free relay. Swimming for Chicopee High, she placed fifth in both the 100 and 200 freestyles at the MIAA Division 1 State Championships.