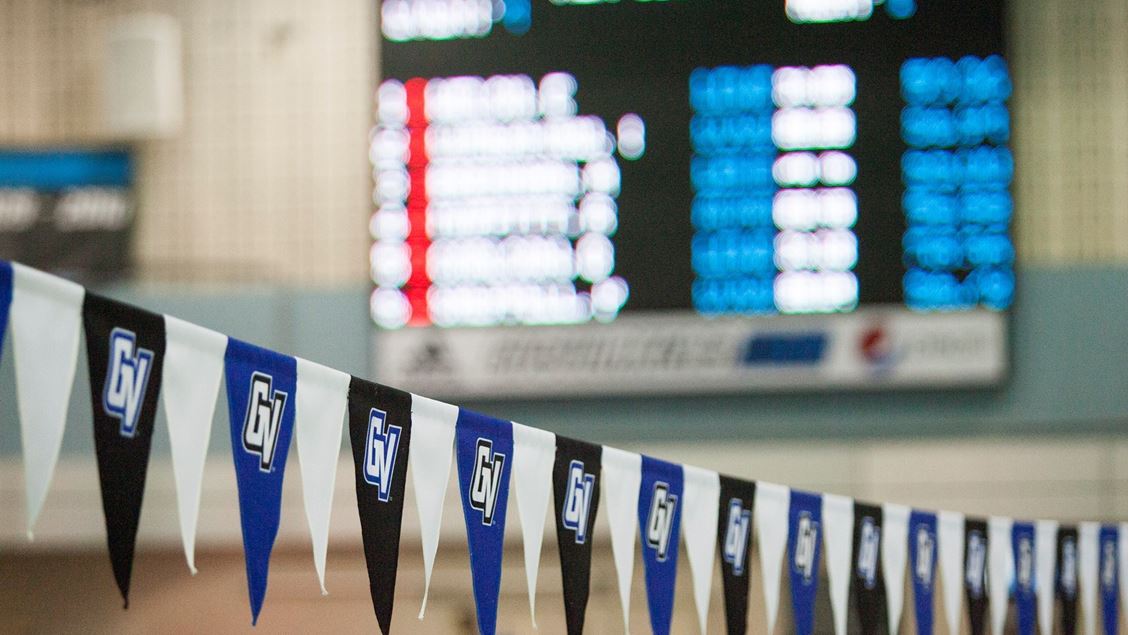 ALLENDALE, Mich. – After a quick turnaround in racing, the men’s swim & dive team swam hard in a dual against Grand Valley State at Allendale, Mich. on Saturday. GVSU would win 161-64.

Junior Danny Larson led the Panthers on the day with a win in a tight 100 free race with a time of 49.01. Larson also grabbed a top finish in the 200 free (1:45.44) to take second, while senior teammate Jacob Fase would touch the wall shortly after with a time of 1:45.75 to grab third.

Fase also swam the 100 breast for the second day in a row. The senior’s time of 59.58 would be good for second.

Panthers from the boards also had top finishes. Freshman Jared Kleczka grabbed a second-place finish on the one-meter with a score of 269.77. Junior Spencer Peronto scored 231.53 to take third on the three-meter.

MKE went 2-3 in the 200 medley relay. The relay of John Ruan, Jonathan Kollen, Ryan Hakes, and Bodart (1:27.52) finished in second-place which was just ahead of the Panther relay of Conrad Farrell, Larson, Mason Schoof, and Van Allen (1:29.36).

“Our first back-to-back meet is in the book and there is plenty for us to learn and work on,” head coach Kyle Clements said, “our attitude was great today, but we were lacking some energy in the swims. Our season is just beginning, but we have months of work to do to be able to perform at a high level in back-to-back days.”

The women’s swim & dive team capped off the weekend winning four events in a dual against Grand Valley State at Allendale, Mich. on Saturday. GVSU would win 151-92, but the Panthers still lead the all-time series against the Lakers, 7-2.

The young Panthers of freshmen Molly Meland and McKenzie Sanchez led the way for the Panthers.

Sanchez topped her big performance yesterday with another win on the one-meter with a score of 284.18. With this score, Sanchez is now fifth on the Panther top-10 list.

Sophomore freestyle trio of Giulia Guerra-Montes, Bella Passamani, and Cassandra Hutchins each grabbed top finishes in their respective events. Guerra-Montes swam the 1000 free to a second-place finish (10:56.67) while Passamani came in third-place in the 200 free (1:58.96). Hutchins threw down a time of 55.78 in the 100 free, which was good enough for third place.

Freshman Riley Melendy led the Panthers in the 100 back to come in second with a time of 1:01.05, while freshman teammate Hannah Pozezinski touched the wall shortly after to take third (1:01.23).

Sophomore Andrea Bellart showed her strength in the breaststroke (1:08.67) to grab a third place finish.

The 200 free relay of Hutchins, McDaniels, Natalie Hey, and Meegan Snyman capped off the night with a first-place finish (1:40.22).

“Our first back-to-back meet is in the book and there is plenty for us to learn and work on,” head coach Kyle Clements said, “our attitude was great today, but we were lacking some energy in the swims. Our season is just beginning, but we have months of work to do to be able to perform at a high level in back-to-back days.”

UP NEXT
The Panthers will resume action just up the road on Saturday, Oct. 19, for the All-Wisconsin Showcase at Walter Schroeder Aquatic Center in Brown Deer, Wis. Racing is set to begin at 1 p.m.

Grand Valley State swept Milwaukee in men’s and women’s swimming and diving Saturday at the GVSU Pool. The Laker men claimed a 161-64 victory over the Panthers, while the GVSU women defeated Milwaukee 151-92.