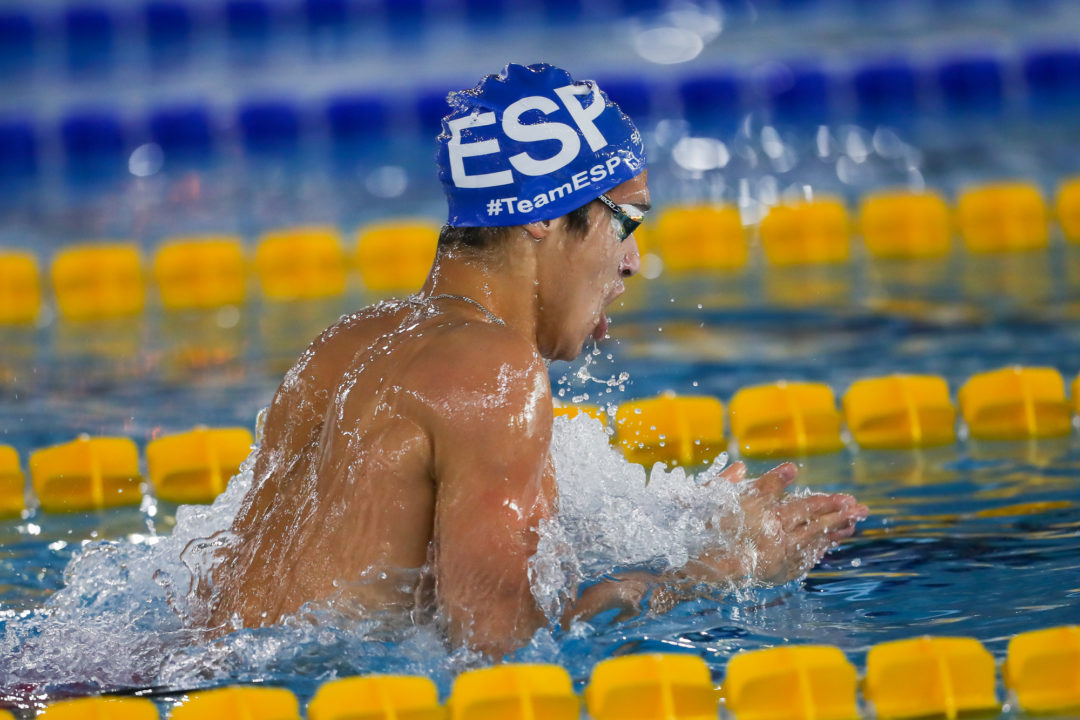 Hugo Gonzalez of Spain just threw down the race of his life en route to capturing 200m IM gold at these European Championships.  Archive photo via Iván Terrón for RFEN

Hugo Gonzalez of Spain just threw down the race of his life en route to capturing 200m IM gold at these European Championships.

After already nailing 100m backstroke silver earlier in the session, the 22-year-old Cal Bear scorched a 200m IM mark of 1:56.76 to edge out the Swiss defending European champion Jeremy Desplanches. Desplanches touched in a super quick 1:56.95 to fall just .19 outside of gold and about half a second outside his own national record of 1:56.56 from when he took silver at the 2019 FINA World Championships.

As for Gonzalez, the man skipped entirely over the 1:57’s into 1:56, with tonight’s outing overtaking his previous career-fastest and Spanish national record of 1:58.03. That was produced in April of 2018, which means Gonzalez dropped well over a second in about 3 years, with most of the differential coming in the backstroke portion.

Gonzalez is now the 16th fastest 200m IM performer of all-time worldwide, as well as the 6th fastest European ever with his gold medal-worthy result.

2
-1
Reply
There's no doubt that he's tightening up

Yet another hat thrown into medal contention for this event in Tokyo.

Happy to see him swimming like this again! I knew him while he was at Auburn, hard worker and great guy.

Chad Gonzalez with a huge long course breakout meet. And he wasn’t playing around with that 27.76 closing split.

Hugo should just go pro after this summer. His ability to go that fast back-to-back in so many events would pay big bucks on the ISL and World Cup circuits, and he’s had his long course breakout now.

Same for Rhyan White. She would make a ton of money with those killer underwaters.

Wow, this breast and free splits were creazy, i did no expect a backstroker swim breast this fast