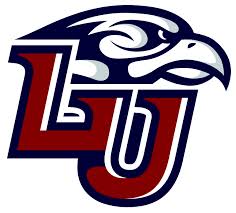 Two Liberty headlines in one day on SwimSwam? A good step for a young program.

Ginny Grams has taken a long, twisting, winding road through college swimming. She originally signed with Florida State and swam one year there, but wound up back home in Daytona Beach swimming for Daytona State College as a sophomore. After winning a trio of Junior College National Championships last year (16:45 in the 1650 free, 4:56.0 in the 500 free, 1:50.3 in the 200 free), she originally told the world that she would be transferring to Texas A&M.

As it turns out, her path back to Division I swimming took another turn. Grams has registered and enrolled in classes at Liberty University in Virginia, sources close to the program tell us, and will join their team in the fall with two years of eligibility left.

Liberty’s program is only four years old, but has put swimmers at the NCAA Championships each of the last two years; as we pointed out this morning, they are finalizing plans and beginning work on a huge new aquatics center that will include a 50 meter pool and a separate diving well.

They have built their success so quickly with a combination of home-grown swimmers (freshman Jessica Reinhardt, who qualified for NCAA’s in 2013) and transfers (Brye Ravettine, their first NCAA scorer, from the 2012 NCAA Championships), but regardless Grams’ addition should continue to push them toward their goal of being a top-25 program.

Grams’ best times in the freestyle races from 50 to mile are 50.9/1:49.5/4:53/16:45, all of which should play well in the Collegiate Coastal Swimming Association at least, as all will contend for conference titles. She should have the opportunity to earn a spot on both the 400 and 800 free relays for the Flames as well (and was faster than anyone at Liberty in the 200 free last season).

Liberty still has a ways to go depth-wise to compete for the conference title with Florida Gulf Coast, but with three-straight strong recruiting classes, they are making all of the right steps toward success. Liberty’s advantage is that they’ve made steps to the national level a bit sooner than did Florida Gulf Coast (another very new program) a few years ago.

Ahh Liberty University! I myself am a recent alum… majored in Glenn Beck and minored in Adam’s rib bone.

Glenn Beck is a Mormon.

NO! YOU’RE A MORMON!

As for me , I think you mean moron but got carried away with being a bigot .. I am totally impressed with the big big letters though.

Yeah, real bigoted of me. Almost Hitler…err Obama-Esque on my part, right? And your mom also like things big too.

You GOT DOZED
BUTT DOZZERRR!!!

These comments have nothing to do with swimming and should not be permitted on this site!!

Braden,
It is my hope that you will remove all of the above comments.
This space is to be used in particular for Liberty U quickly improving swimming program, accolades for the fine job their staff as done and for Ginny Grams who has achieved to a level where she can succeed in the conference next season.

Why those above chose to take hostage this site is ridiculous.
In addition, they also reveal they don’t even know what they are talking about regarding the level of education offered at Liberty U or the scandal that is public education today.

Please, Braden, will you delete those comments, permitting your site and in particular this page to be used to discuss swimming?

Now, on to the swimming progress of Liberty University, please.

Bossa .You need to be be knowledgeable to do political / religious humour. The joke is on you .

Only I really wasn’t trying to be humorous. Liberty teaches creationism. Think about that and let that sink in.

Do we really want to go down this road? Notre Dame and Baylor both teach creation in their divinity schools as well. How about Wheaton, long considered a top tier liberal arts school? Are they considered any less of an educational institution? How about the over 900 Christian colleges in the US today? Are they not “real” universities? What of the over 33,000 private Christian high schools in the US, over 40% of which are Catholic? Are Boston College, Georgetown, and Villanova not “real” universities?

Did you know that one of the greatest coaches in our history, David Marsh, was recently holding a swimmer’s chapel at a North Carolina state meet? How about Missy Franklin, who went to a… Read more »

You can learn whatever you want wherever you want, but it SHOULD be correct. If you’re in a bio class (Or anthro/paleobio/history) and they tell you the world is 7k years old and you are descended from Adam+Eve, you SHOULD walk out. Likewise, if you walk into an econ class and they tell you that taxes increase demand from the buying public, you should walk out. Yeah maybe people believe each of those things, but they aren’t correct or proven in any circumstances.

And I don’t think the sport is dying, I think people don’t want to support college sports if they don’t reap the benefits as non-athletes. You can always swim for a club if you so choose, we’re… Read more »

Sorry, but not all Christians are creationnist. Nice job attempting to strawman me though lol.

Bossanova: “Liberty U has nothing to do with higher education”

and now Bossanova cries out “strawman”?

So you have the following, worldwide –

1. How does one’s belief or lack thereof in a creation story of any kind, from Big Bang to Vishnu making the heavens and the earth, have anything to do with college swimming?

2. Does it have anything to do with your ability to be a productive member of society?

1. This is a swimming website
2. This university is supporting a NEW swimming in a BIG way at a time when 35 programmes have been dropped since 1993.
3. As such, we should keep the discussion on swimming and NOT attack a school that is supporting the sport we all love.
4. This university, and any others like it, should be praised and applauded for doing great things for the sport and not attacked, regardless of religious beliefs.