Get The 2019 Summer Preview Magazine With The Michael Andrew Cover 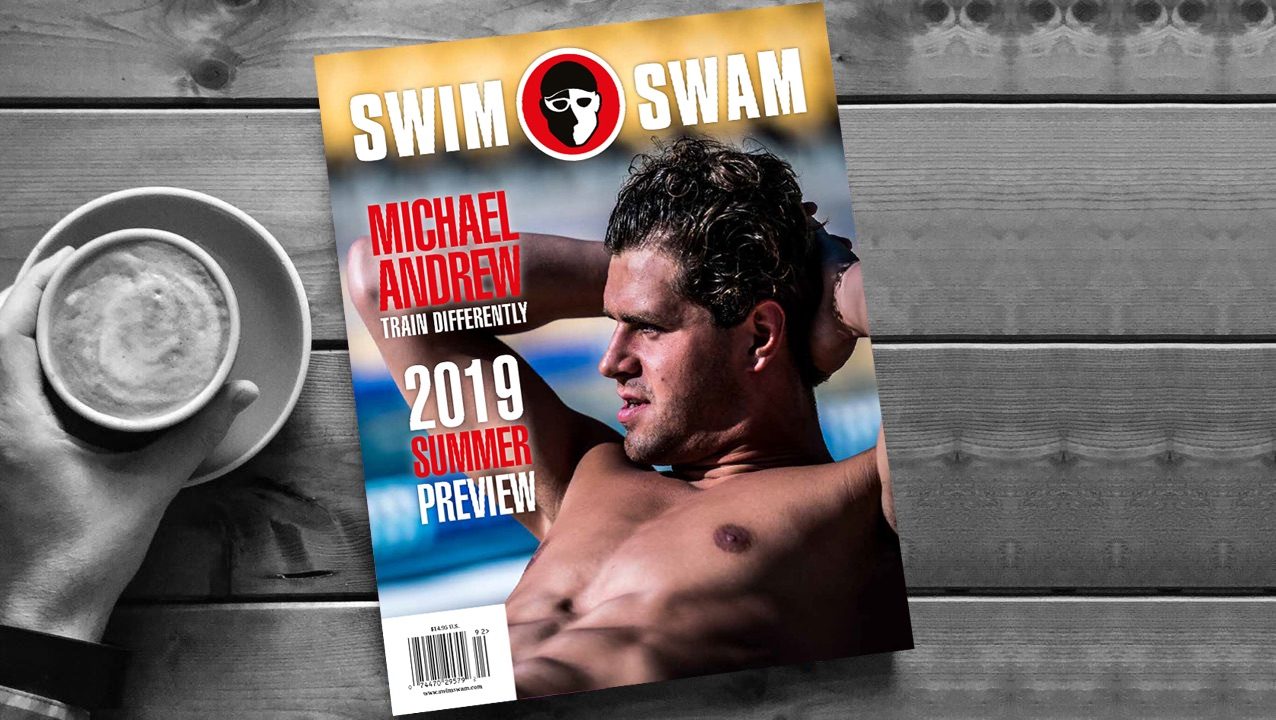 Get SwimSwam Magazine to inspire your swimmer, swammer, swim-fan or coach.

GET THE SUMMER PREVIEW ISSUE

The Summer Preview issue is a must-have for all of your swim-fan needs. We break down FINA World Championships, Pan Ams, World University Games, European Juniors and World Junior Championships.

Michael Andrew is our cover feature. We dive-deep on how he trains differently in and out of the pool. And, yes, surfing is a part of his swim-training. We also feature high volume trainers and clubs with more short, intense training. Tom Jager, my hero and former USA National Team Captain, is featured, a man who dominated the 50 free for many years training himself.  This issue, nearly a pound in weight, has many more features you need to get to appreciate.

If you are not a subscriber, now is a good time to sign up. Start off with the Michael Andrew cover, and stay with us through the 2020 Olympic issue (a massive issue we are already building out).

With your yearly subscription, you receive over 600 of pages of swimming’s highest quality content, and another 2,300+ pages of digital issues, going back to the first issue produced.

You want the Michael Andrew cover. We memorialized swim stars with beautiful covers you have to hold  in your hands to appreciate.

Magazines are massive. The 2016 Olympic Year in Review came in at 172 pages. The 2019 Swimsuit Issue is 196 pages. SwimSwam magazines come in at nearly a pound.  We deliver big issues. Period.