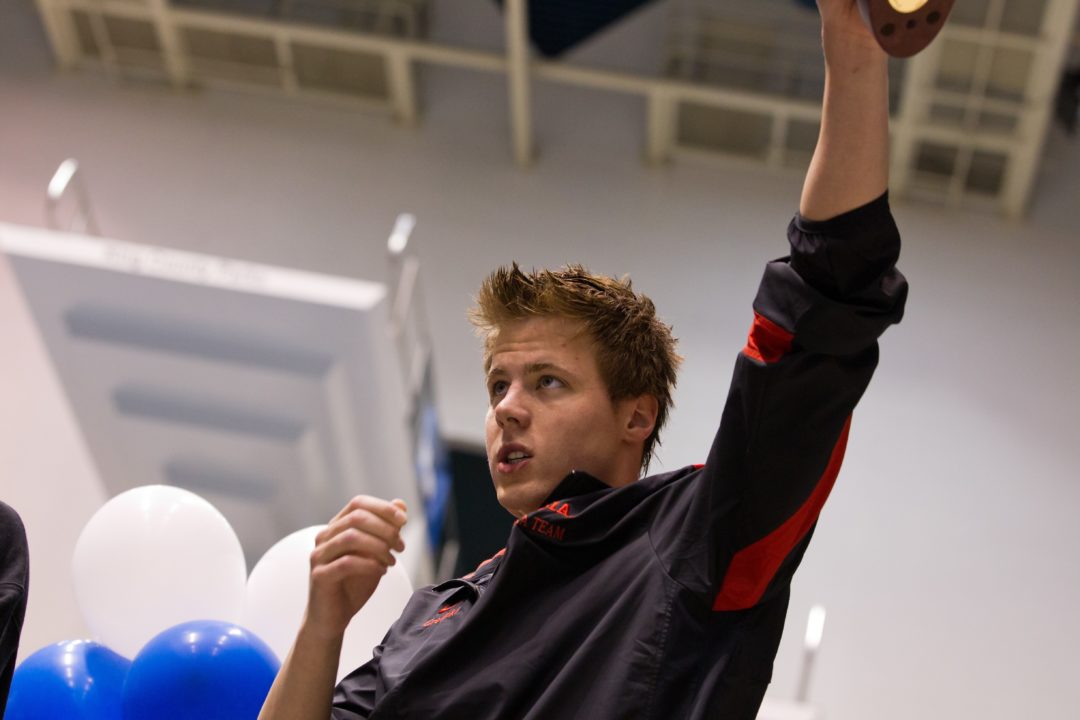 After a wildly successful National Championship meet, one that included a National Record from Steffen Deibler in the men’s 100 fly...

After a wildly successful National Championship meet, one that included a National Record from Steffen Deibler in the men’s 100 fly (51.19) and several Junior Records, the Germans have named 28 swimmers (12 women and 16 men) to their pool roster for the 2013 World Championships in late July in Barcelona, Spain.

Highlights of this team, aside from Deibler, includes the presence of breaststroker Christian vom Lehn, whose 2:08.81 in the 200 breaststroke from German Nationals last week ranks 2nd in the world.

Events will be determined at a later time, but the Germans have decided to include World Record holding sprinter Britta Steffen on the squad. She didn’t swim any finals at the meet after battling a sudden onset illness, and didn’t look great in her one preliminary swim either.

But her value at least in relays couldn’t be overlooked apparently. We’ll find out if they’ll grant a reprieve for individual events, but there is a vacant position in the 100 free, where only Dorothea Brandt hit the German qualifying standard. In the 50, both Brandt and Daniela Schreiber were under the FINA Automatic Qualifying time, so it would be harder for the Germans to justify an entry for Steffen in that race.

New star Yannick Lebherz, who crushed the National Record in the 400 IM at this meet, will also be on the roster, and will likely swim the 200 backstroke, and other events, as well.

There are also two big-name American collegiate swimmers on this roster: Martin Grodzki from Georgia, a former NCAA Champion in the 500 and 1650 freestyles, and Dimitri Colupaev from USC. Grodzki’s senior season of college didn’t come near to the same success as he did when a junior, but he seems to have saved up his best for the long course season to earn an international berth.