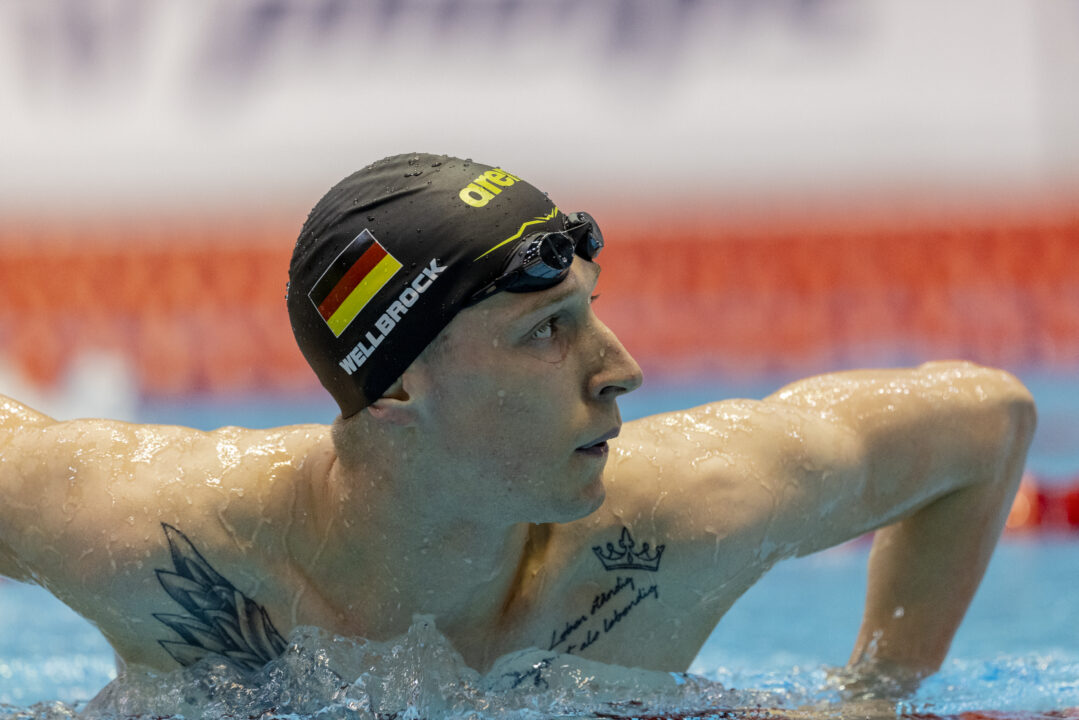 The German freestyle duo of Florian Wellbrock and Sarah Köhler made it official as the power couple tied the knot this week in their native country.

24-year-old Wellbrock and 27-year-old Köhler became engaged in December of 2020, the year after both of the aces’ international breakouts from the 2019 FINA World Championships.

There in Gwangju, Köhler snagged her first LC World Championships gold medal in the team 5k open water team event when she helped Germany to win the event just 0.2 seconds over Italy and 0.3 seconds ahead of the United States. She went on to take silver in the 1500 freestyle in a new national record as well.

Wellbrock made history by taking the gold in both the 1500m free as well as the men’s 10k open water race at those World Championships.

Flash forward to the 2020 Olympic Games and Köhler once again landed on the podium, collecting bronze for Germany in the 1500m free. Wellbrock wowed again himself, topping the 10k open water podium while also earning 1500m free bronze.

Of note, Köhler’s social media now refers to her as ‘Sarah Wellbrock’ so we may be seeing this new name on competition documents ongoing.

Maybe their kid will do something entirely different. Maybe they won’t even have kids… 😱

I believe the all sports most successful couple where both contributed to Olympic wins were Bart Conner and Nadia Comaneci with seven Olympic Golds.

But you guys just got started.

Anyone can add to that in Olympic history?

Andre Agassi and Steffi Graf, both gold medalists in tennis.

So much pain and suffering behind that bond 🙏🏼

Have there ever been husband and wife that hold the WR in the same event (1500 SCM) at the same time?
Talk about chemistry..

And Olympic bronze in the 1500 Long course

Don’t think so. Roland Matthes and Kornelia Ender were married for four years and held a few world records (in different events) simultaneously but Roland quit swimming before they got married.

Ender later entered a second marriage with bobsledder Stefan Grummt – also an Olympic Champion. That probably makes her the only woman married with TWO Olympic Champions?

Kornelia and Stefan have a daughter (Tiffany) who swam as well. But Roland and Kornelia’s marriage was weird. They were pushed together for publicity purposes by the East German government.
As far as the records go… well, you know. She admitted that she had been full of PEDs, what else is there to say?

This newly wed couple is something else. And swimming is much harder to excel in nowadays. Roland was fast but almost all medals were collected by five countries back then.

Yes. i published some swimmer of the year-tables in my book and chose to cross over Ender due to what she admitted.

It would be funny if their kid didn’t like swimming

what in the sussy hell are you saying

I hope you get the help you need

I am beyond help