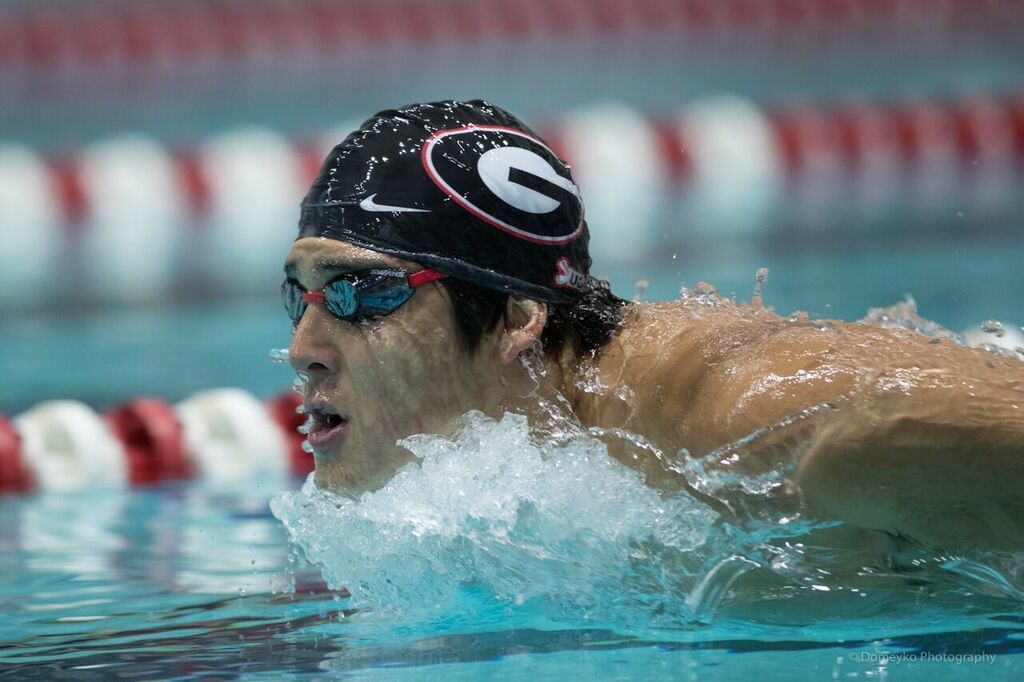 In Georgia's win over North Carolina, Litherland claimed three individual wins and was on a victorious relay. Current photo via “Rafael/Domeyko Photography”

Press Release courtesy of the SEC

Male Swimmer of the Week
Jay Litherland • Georgia
Senior • Alpharetta, Ga.
In Georgia’s win over North Carolina, Litherland claimed three individual wins and was on a victorious relay. He won the 200 freestyle in 1:37.23, the 200 backstroke in 1:46.29 and the 400 individual medley in 3:51.46, with all three times as NCAA provisional cuts. Litherland also anchored the 200 medley relay that placed first in 1:29.28.

Male Freshman of the Week
Greg Reed • Georgia
Roanoke, Va.
Reed notched an individual win in Georgia’s win over North Carolina. He took the 1,000 freestyle with a time of 9:06.76. Reed also placed fourth in the 500 freestyle in 4:31.94.

Female Swimmer of the Week
Kylie Stewart • Georgia
Senior • Acworth, Ga.
In Georgia’s win over No. 22 North Carolina, Stewart won two individual events and was on a victorious relay. She won the 100 backstroke in 52.48 and the 200 backstroke in 1:56.20, both NCAA provisional cut times. Stewart also swam the second leg and helped the 400 freestyle relay win in 3:21.52.

Female Diver of the Week
Madison Duvall • Georgia
Junior • Woodstock, Ga.
Duvall placed second on each springboard event in Georgia’s win over No. 22 North Carolina. She registered 312.23 points on the 3-meter and 275.48 on the 1-meter, both NCAA Zone qualifying point totals.

Female Freshman of the Week
Courtney Harnish • Georgia
York, Pa.
Harnish won two individual events and was on a victorious relay in her collegiate debut of Georgia’s win over No. 22 North Carolina. She won the 200 freestyle in 1:47.71 and the 500 freestyle in 4:46.36, both NCAA provisional cut times. Harnish came in third in the 100 freestyle in 51.27, and swam the third leg of the 400 freestyle relay that won in 3:21.52.